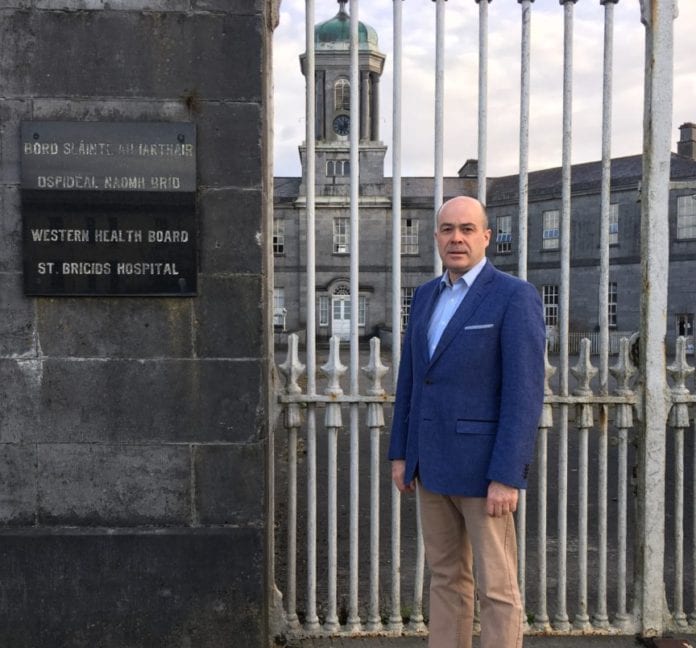 A public workshop will be held in Ballinasloe to discuss possible future uses for St. Brigid’s Hospital.

Galway-Roscommon TD and Minister for Communications, Climate Action and the Environment Denis Naughten announced the workshop as the second stage of his “Re-Imagining St. Brigid’s” initiative.

According to Minister Naughten, the workshop will bring together perspectives from a wide range of interested parties.

“This workshop will bring together not just representatives of the local community but also people from across the country representing business interests, state agencies, the arts, enterprise bodies etc and I look forward to seeing what emerges from this event.”

A former psychiatric hospital that once housed 1,300 patients, St. Brigid’s closed down in 2014 as part of an HSE review of the provision of mental health services when the majority of its patients were moved to Galway and Roscommon.

The structure of St. Brigid’s has suffered since it fell out of use, with environmental watchdog An Taisce saying that “urgent remedial works” are required to prevent a sharp deterioration in its condition.

In April, Minister Naughten invited people to take a survey on his website asking what they thought should be done with the dilapidated hospital.

The survey attracted over 600 responses which he says shows a strong interest in the re-purposing of the old building.

“I would like to thank everyone who took the time to complete the survey and those who also submitted detailed submissions,” commented Minister Naughten.

“The response to this project has been extremely positive with over 600 surveys completed, which has confirmed my belief that everyone has a view on what the future of this site should be.

“This is a site with enormous potential and this project is the first step in re-imagining what the future could hold for it.”

A date or location for the workshop has yet to be announced by the Minister.