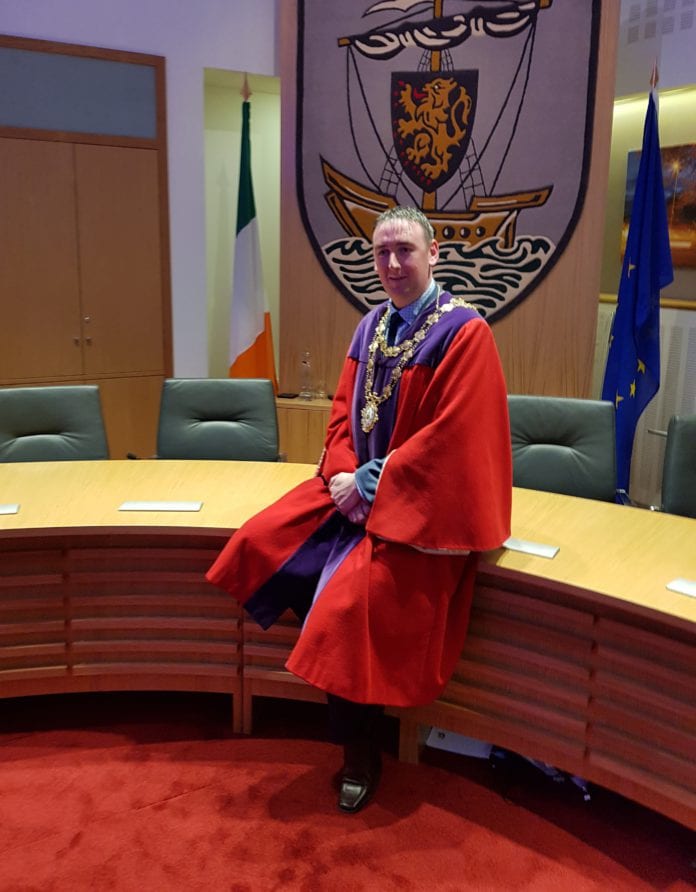 Independent city councillor Mike Cubbard has been elected as the new Mayor of Galway.

The city central councillor was chosen as Mayor at a special meeting of the new city council this afternoon.

He was chosen by the new “rainbow coalition” that has made a pact to lead the new city council.

In accepting the position cllr Cubbard said that he looks forward to conducting city council meetings in an open and fair manner.

Mike Cubbard said that there were many issues for the new council to address including Galway’s transport and housing issues, mental health, the environment and making sure that Galwy 2020 is “an event like none other seen in Galway”.

The only other candidate nominated for the position was Fianna Fáil councillor Peter Keane.

Peter Keane wished Mayor Cubbard well in his new office, adding that his time as chair of the Joint Policing Committee gave him the necessary experience for the job.

Councillor Donal Lyons was chose to return to the position of Deputy Mayor at the same meeting.