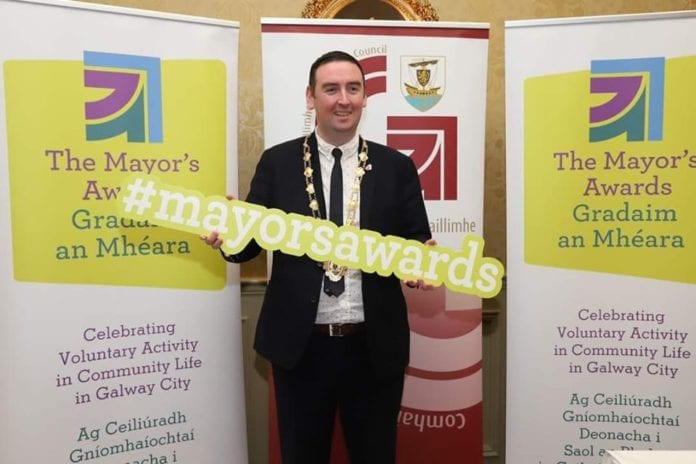 The annual Galway City Mayor’s Awards will not be going ahead this month due to the coronavirus pandemic, but it’s hoped they will take place this summer.

The Mayor’s Awards, which were to take place on April 21, have become the “latest casualty” among the public events cancelled because of the coronavirus crisis Mayor Mike Cubbard said on Wednesday.

“Many thanks to everyone who nominated a person or organisation in what is a highlight of the year to recognise the importance and work done by volunteers throughout the city.

“I am determined to reschedule the event however to a date before my term of office ends in June.”

“We are looking at alternatives such as online streaming etc. and will be in direct contact with nominees and those who nominated them.”

“Apologies to those who were looking forward to the event but public safety is paramount,” Mike Cubbard concluded.

The Mayor’s Awards acknowledge outstanding people and organisations that, through their commitment to participating in unpaid community and voluntary activities, have had a significant impact on the quality of life of their communities in Galway City.

Awards are given to groups and individuals in nine different categories:

The deadline to nomination people or organisations for this year’s awards was March 6.