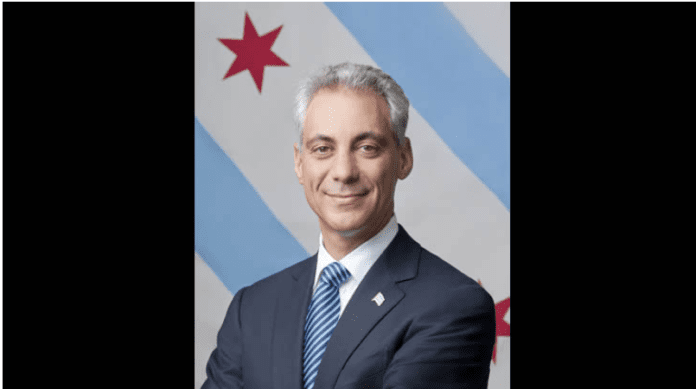 An Honorary Degree will be conferred on Rahm Emanuel, Mayor of Chicago and former White House Chief of Staff, at a ceremony in NUI Galway on Tuesday 3 April.

NUI Galway President, Professor Ciarán Ó hÓgartaigh, speaking in advance of the conferring ceremony, said:  “The cities of Galway and Chicago are twinned as Sister Cities for over twenty-one years.

“Since then a strong and dynamic relationship has developed bringing social, cultural, educational and economic benefits and reflecting the many personal and professional links between our two great cities.

“In honouring Mayor Emanuel, we as a University signal what we value. We recognise not only these ties which bind Galway and Chicago in our role as Galway’s University. We also signal the importance of public service, of acting locally with global impact, and of democracy, sanctuary and freedom – in the world and for the world.”

Rahm Emanuel is the 55th mayor of Chicago. He has led the passage of budgets containing reforms and investments to solidify Chicago’s financial future.

He has successfully enacted numerous education reforms including lengthening the school day and year, creating universal full-day kindergarten and making Chicago the first big city in the country to offer free community college to all high school students who graduate with at least a B average.

Under Mayor Emanuel’s leadership, Chicago has led economic reforms which have seen the city become more attractive for companies and, foreign direct investment. Chicago is in the midst of an $8 billion infrastructure modernization to strengthen the city’s roads, rails and runways.

Before becoming Mayor, he was the White House Chief of Staff in the Obama administration and served three terms in the US House of Representatives representing Chicago’s 5th District. Prior to his election to Congress, he was a key member of the Clinton White House from 1993 to 1998, rising to senior adviser to the President for policy and strategy. He graduated from Sarah Lawrence College in 1981 and received a master’s degree in speech and communication from Northwestern University.

Mayor Emanuel was conferred with a Degree of Doctor of Laws (honoris causa) and joins the ranks of previous honorary alumni which include, among many others, Nelson Mandela, Hilary Clinton, Cyril Ramaphosa, Enya, Anjelica Huston, and Margaret Atwood.