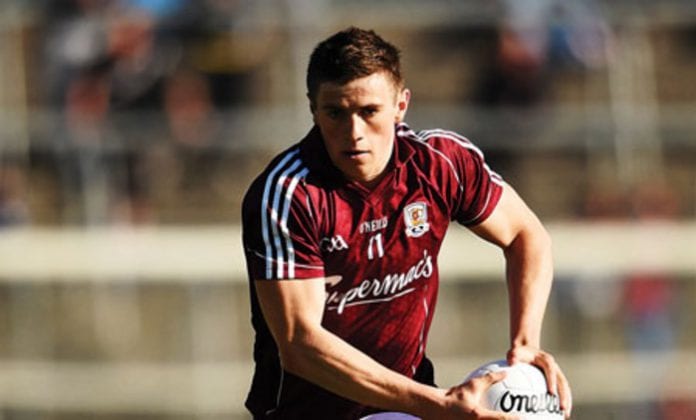 Relegation favourites before action began, Galway have ripped up the form book topping the Division One group stages as one of only two unbeaten teams in the country before they get ready to meet Dublin in Croke Park this Sunday.

The Tribesmen haven’t lost to the All-Ireland champions since 2001 but their meeting on March 18th in Pearse Stadium was a first in seven years.  Dublin were only beginning their journey that’s yielded five All-Ireland titles and the National Football League Final will be another step up for Galway.

With All-Ireland winning coach Paddy Tally added to the backroom team, Kevin Walsh’s charges have become known for defensive ‘ugly’ football.  But the Tyrone man has been instrumental in creating a unit who’ve only conceded 1-80 while striking 4-94 the other end.

“The biggest thing is that lads are understanding what we’re doing,” said attacker Shane Walsh at the League Final photo call in Croke Park.  “When you put a system in place it’s alright to say ‘that’s the system of play’, but do lads understand the system?

“But you buy into it and you keep learning all the time. That’s the big one for me. I’m understanding it better and the group as a whole is understanding more and more the structures we have in place and the process that we’re following.”

Shane Walsh has struck 0-16 for Galway during their seven games and has been a key player around the half-forward line.  He acknowledges Tally has been an influence but said that Kevin Walsh has been gradually introducing a new system since his arrival in 2015.

“He (Tally) is a different voice,” added the Kilkerrin/Clonberne player who was part of Ireland’s International Rules panel in November. “We had the same set-up for last three years, so a different voice is good. And Paddy brings his own experience, he has been around the block a while, right back to Tyrone in 2003 when they won their first All-Ireland.

“I know Kevin is there four years now and we are starting to gain the understanding as we go along. The first year of playing the tides were turning with some lads leaving and some coming and it took those first few years to get the group together.”

Galway have only won once in Croke Park since their last All-Ireland triumph in 2001 when they beat Kildare in the Division Two decider last year.  Now they are part of the main event in Croke Park’s double header and Shane Walsh is relishing playing among such a sizeable crowd.

“It will be like the welcome we gave them in Pearse Stadium, we will expect something similar in Croke Park,” concluded Walsh.  “It is going to be a difficult occasion for us because it will be our first time in a Division 1 final as a group and we’re playing the All-Ireland champions in Croke Park.

“But we can only concentrate on ourselves really, we can’t be worrying about Dublin. You often see teams going out to play Dublin and they are beaten before they go out.”