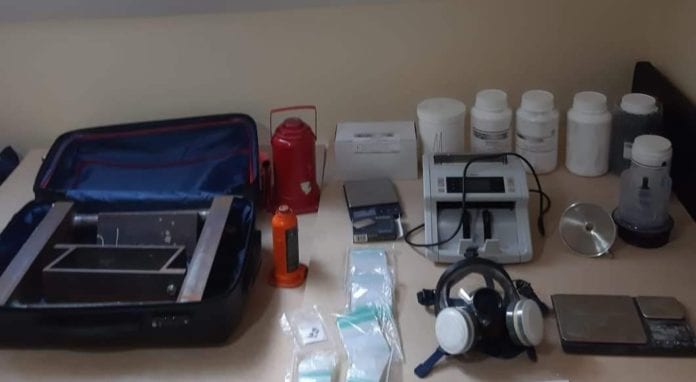 One man is due in court this morning in connection with €50,000 worth of cocaine seized by gardaí on Sunday at a suspected drug lab.

Two men were arrested in the course of this intelligence led operation, one of whom, a 27 year old man, is due before Derrynea District Court this morning.

Gardaí raided a suspected drug manufacturing and processing facility in Galway City on Sunday, where they found the cocaine, as well as a substantial amount of paraphernalia.

This equipment, which includes a cocaine press, vacuum packer, industrial gas masks, and a cash counting machine, are believed to have been used in the manufacture of cocaine for sale or supply.

This search was a follow up operation after Gardaí stopped and searched a car on the M6 near Loughrea earlier that evening, where they found and seized €17,580 in cash.

In another follow up search at a separate premises in the city gardaí seized a further €161,000 in cash.

A second man in his 30s, who was also arrested in connection with the matter, has been released without charge.

A file is being prepared on the matter for the Director of Public Prosecutions.