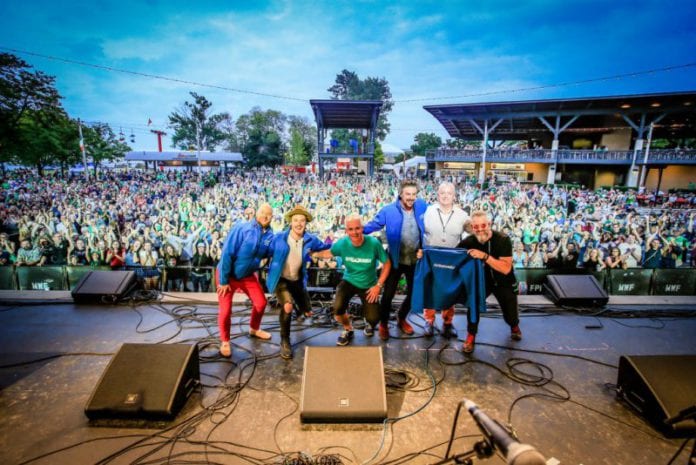 Full up with international acclaim just now, beloved local artists We Banjo 3 have been announced as international cultural ambassadors for Galway 2020.

The announcement was made at the Milwaukee Irish Fest, North America’s largest celebration of Celtic music and culture, to the delight of some 12,000 people who had come to see the band.

Martin Howley, one of the band members, said: “We Banjo 3 are incredibly proud to represent Galway City and County as ambassadors. Galway 2020 is a unique opportunity to showcase Galway’s depth of talent.”

The four man group achieved musical alchemy when they blended Irish Trad music and Bluegrass into a new sound they call Celtgrass.

Their debut album Roots of the Banjo Tree released in 2012 and was named Traditional Music Album of the Year by the Irish Times.

Since then they’ve gone on to even greater successes, topping Billboard’s World Music Charts and performing for President Barack Obama and members of the U.S. Congress at the ‘Friends of Ireland’ lunch on Capitol Hill in 2016.

Now they’ll be putting all those good graces to the benefit of their home town, spreading the word about what Galway 2020 has in store for visitors.

The band will continue their ambassadorial duties around the world up to, and throughout, 2020.

The European Capital of Culture project has been rocked with frequent bad news in recent days, with CEO Hannah Kiely announcing her departure this week under a cloud of uncertainty about funding for Galway 2020.

While new staff have been added with Mark O’Donnell joining as Chief Operations Officer and Pearse Doherty as Head of Production, there’s still no update on a permanent replacement for Creative Director Chris Baldwin who left in May.