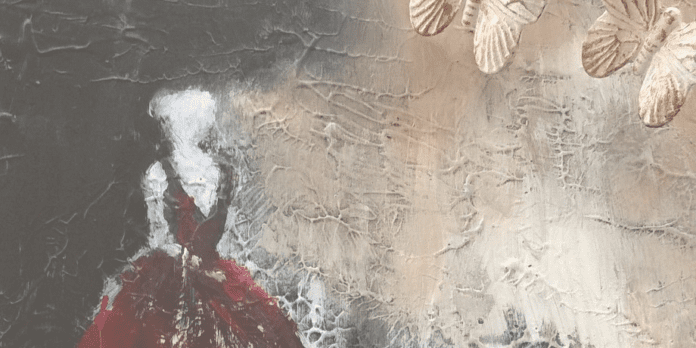 ‘Living with Dementia in Rural Ireland’ is an upcoming event being hosted by Connecting People With Dementia on the 28th of May 2018.

Connecting People With Dementia is a group that has been set up in order to create awareness around Dementia in communities around Ireland. The group networks between individuals/carers and services/supports addressing dementia.

The Alzheimer Society of Ireland states that dementia is

The ‘Living with Dementia in Rural Ireland’ event is set to take place in the Glenlo Abbey Hotel on Monday, May 28 at 9am.

Tickets are currently available on Eventbrite with the cost of tickets varying.

Carmel Geoghehan of Dementia Ireland spoke about the event,

“This year’s event will bring together the experiences of our neighbouring countries, Scotland, Wales, England and Northern Ireland. We will explore what works well and what we can learn from one another by collaboration and sharing of knowledge.

“The day brings together those who are living with a dementia diagnosis, their supporters/carers, family members, wider communities, medical professionals, policy makers, business organisations and the services.”

The confirmed participants for the upcoming event are:

Agnes Houston MBE-Scotland – Agnes was diagnosed with Early Onset Alzheimer Dementia in 2006 at the age of 57. Agnes has completed incredible work on the sensory challenges faced by those with a diagnosis.

Nancy McAdam – Scotland – Nancy was diagnosed with vascular dementia in September 2003 at the age of 58. Nancy lives on a remote croft, 27 miles from Inverness and has been active in building awareness and setting up supports since 2004. Nancy was a founder member of the Inverness Dementia Memory Group – the first Highland Involvement Group of People with a diagnosis of dementia.

Chris Roberts/Jayne Goodrick – Wales – Chris was diagnosed with mixed dementia in 2012 at the young age of 50. Chris is a board member of Dementia Alliance International, Vice Chair of the European Working Group of People with Dementia and a member of the 3 Nations Dementia Work Group. Jayne and Chris talk about family struggles, highs and lows of living with dementia.

Helen Rochford Brennan – Ireland – Helen was diagnosed with early onset Alzheimer’s disease in 2012. Helen is an Advocate and Global Dementia Ambassador she is a strong voice in the battle to obtain Human Rights for those living with Dementia not just in Ireland but globally. Helen is the Chair of the European Working Group of People with Dementia and Board member to Alzheimer Europe.

Prof Anthea Innes – Scotland – Anthea is a social scientist who has specialised in dementia research for the last 20 years. Her research interests focus on hearing the views and experiences of people living with dementia are confirmed to date: their care partners and paid care workers. Her particular areas of interest include rurality; technology, improving care and support for those living with dementia; creativity and the arts.

Dr Dianne Gove – Alzheimer Europe  – Dianna was awarded a PhD in 2013 for her research exploring GP’s perceptions of dementia and how these relate to stigma and timely diagnosis. She has worked on a wide range of topics covering care, legislation, continence problems, advance directives and social support. She chairs AE’s ethics working groups which have produced reports on assistive technology, dementia research, the portrayal of dementia, restrictions of freedom and ethical dilemmas.

Ann Twomey – Ireland – Ann, a former Carer for her late husband, was Co-Founder of the K-CoRD project (Kinsale Community Response to Dementia) one of the 4 Pilot Sites in the Genio Dementia Programme 2012-2015 and funded by the Atlantic Philanthropies. Ann is a member of the Advocates Advisory Board of the Dementia Neurodegeneration Network Ireland (DNNI) at the Mercer Institute, St James Hospital and also a member of The Alzheimer Society of Ireland’s Dementia Carers Campaign Network (DCCN).

Dr Suzanne Timmons – Ireland – Suzanne is a geriatrician in Cork city, and Senior Lecturer in the Centre for Gerontology and Rehabilitation, UCC, where she holds the position of Programme Coordinator for the MSc in Older Person Rehabilitation. Suzanne has a special interest in health service research and quality improvement in the area of dementia and delirium care in acute hospitals. She co-led the Irish and Northern Ireland National Audits of Dementia and, on behalf of the National Clinical Programme for Older People, Suzanne is the Clinical Lead in the National Dementia Office.

Kieran Walsh – Ireland – Kieran is a PhD scholar and pharmacist based in University College Cork. For his thesis, Kieran is exploring the use of anti-psychotics in nursing home residents with dementia.

Prof Eamonn O’ Shea – Ireland – Eamonn is a Personal Professor in the School of Business & Economics and was inaugural Director of the Irish Centre for Social Gerontology (ICSG) at the National University of Ireland, Galway. His current research is focused on: the economics of dementia, health care evaluation and rural ageing.

Others who will also be involved and participating on the day are Pat McLoughlin CEO Alzheimer Society of Ireland, Pat Holmes CEO Western Alzheimer, All Ireland Institute Hospice Palliative Care, Dr Sabina Fahy Consultant Psychiatrist, Maria Carroll and others to be confirmed.

The event is set to be a big one with so many different guests speakers and stands involved on the day. For more information on the event you can contact Carol Geoghegan on 086 3612907 or email agnetworks@eircom.net