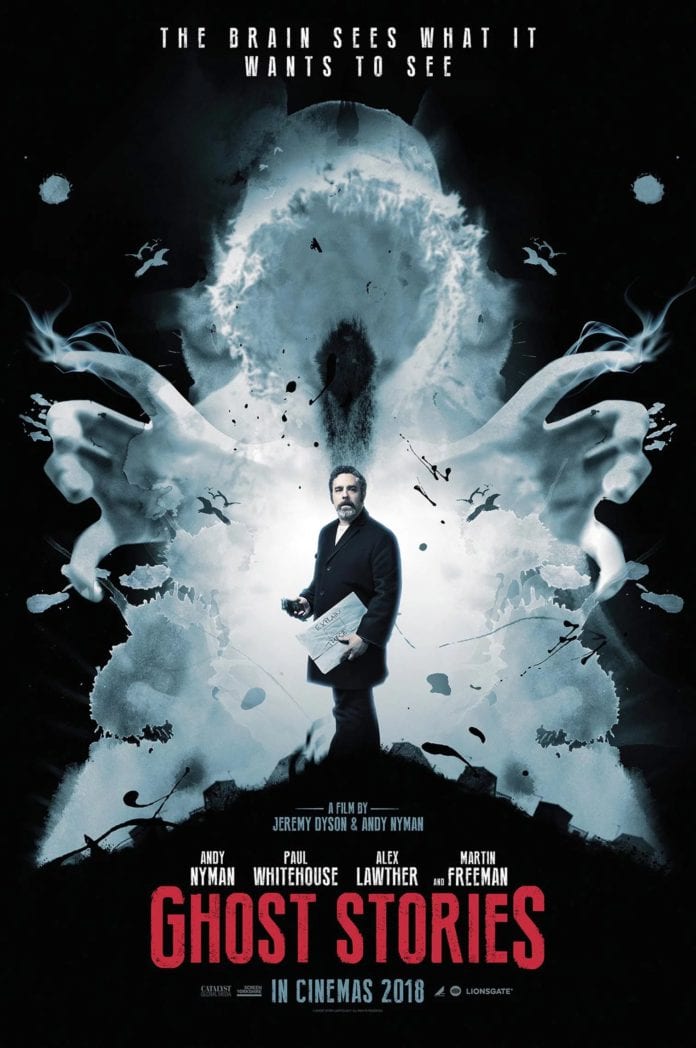 For someone who generally struggles to maintain interest in a horror movie for a feature length of time, British film Ghost Stories is a nice way to get my fix of scares.

Directors Jeremy Dyson and Andy Nyman dig into some of the best known tropes of British folklore to create a set of stories that still manage to surprise.

Phillip Goodman (Nyman) is a middle-aged Professor and television star who spends his life debunking psychics, mediums, and all tales of the supernatural for a cheap tv show.

The film follows him as he investigates three separate cases of people who claim to have been the victims of supernatural events.

I have to admit this was the hook that drew me in. Full length horrors can struggle to maintain a mystery for over an hour and still deliver on satisfying answers.

Ghosts Stories gets around this with its three separate tales and the story of Professor Goodman himself as he starts to lose faith in his mantra “The mind sees what it wants to see.”

Cycling the three tales means Ghost Stories stays fresh as it goes though the dark, claustrophobic tale of a night watchman, Martin Freeman’s repressed and melancholic story, and a just dash of dark comedy.

The downside of leaning so heavily into the history of horror stories is that many of the scares are fairly predictable. When the camera looks down a long corridor lit by a row of lights you can bet your ass they’ll blink out one at time in a line towards the character.

But Ghost Stories’ strength is in how it takes those familiar tropes and uses them to subvert your expectations.

What really gives Ghost Stories a different flavour compared to a lot box office horror is how incredibly British everything is; the characters, settings like an old railway line and abandoned hospital and above all else the unrelenting greyness that soaks everything.

When the horror video game Silent Hill the way to tell the difference between the real world and the other dimension of Silent Hill was that one was always covered in mist.

That wouldn’t work here. In this grim looking England everything is made of grey tarmac, stormy, stone-studded shores, or dull estate housing, and if there was a single shot that wasn’t overcast I can’t remember it.

The atmosphere doesn’t jump in your face but it puts you on edge waiting for the other shoe to drop, probably in a puddle.

Professor Nyman himself is a classic British pathetic protagonist. He sees himself as a lofty crusader exposing the forces of unreason, but his slightly condescending, oily way of dealing with people and his inflated sense of himself keep you from rooting for him just a little.

It is the lot of horror protagonists for the most part to be clueless saps, but there’s something about Nyman that makes us relish his discomfort as his certainty in the world begins to crack.