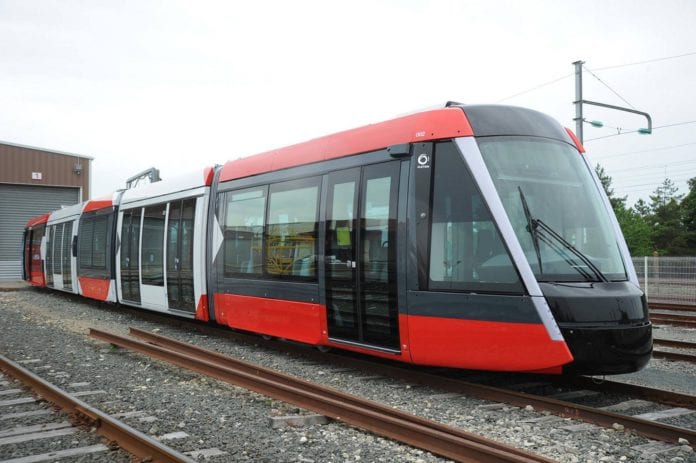 Galway West election candidate Niall Ó Tuathail has outlined why he wouldn’t support a light rail system for Galway, citing the River Corrib and the population density of the city as reasons it wouldn’t be ideal.

The Social Democrats candidate won over 3,500 first preference votes in last Febuary’s election, just 1.7% behind Hildegrade Naughton who was elected on the 14th count.

Mr Ó Tuathail took to social media today to outline exactly why he doesn’t agree that Galway would be an ideal city for light rail system.

“In general, I believe our county needs a big investment in affordable and frequent public transport (rural and city) and cycling (greenways and segregated cycle lanes in our towns and city). I think that’s the best way to relieve the traffic crisis and create better quality of life for Galway,” Mr Ó Tuathail said.

“So I should be for a light rail line in Galway, right? Catherine Connolly, who I have a lot of respect for, is organising a public meeting this week and is using the example of Cosenza, an Italian town with a population similar to Galway that is about to build a light rail system. Surely if Cosenza are doing it, it’s a no-brainer for Galway to do it too?

“I’d love to have a light rail system in Galway but if I’m going to advocate for something like that, I need to make sure it makes sense and I can’t say it does for a few reasons.”

He said that because Galway has a much lower population density than most other European cities, our needs here are different.

“I did the maths and Cosenza’s city boundary is 5x smaller than Galway for the same population. I’ve taken some photos of typical residential areas from Cosenza and Galway and you can see how the apartment blocks that Cosenza (and most other European cities) has achieved this.

“For Galway to have an equivalent light rail service to Cosenza, we would need to build about 5x the amount of stations Cosenza would to move the same number of people. That means 5x the cost and much longer journey times. Cosenza also doesn’t have the River Corrib running through it with no spare bridges to use. It’s pretty clear that we can’t use Cosenza as a realistic comparison.”

He believes that the future of city transport is likely to be on roads, i.e. buses, bicycles, walking and cars rather than rail.

“Technology is changing quickly and within 10-15 years (when any light rail project would realistically be finished), I would expect there to be driverless bus systems that would work very efficiently on the roads we have already built.

“Studies are predicting we would have 3-10x better traffic flow with the same road network if we have driverless cars and buses. There is a realistic prospect that any rail project could be a white elephant by the time it is built,” he said.

The Social Democrats candidate then posed the question: what is the best way to spend hundreds of millions of euros of our money to improve traffic and improve our quality of life.

“For me, I believe that is best spent on a proper safe network cycling lanes & greenways and a public bus network in city and county that is frequent, reliable and affordable and maintaining and improving the road network we have (like the N59). In my opinion, it would give us much better value-for-money and would be more future-proof than rail.

“That’s why I can’t support light rail in Galway yet. If we are serious about building high-density apartments in the city centre (which I think we should as a priority), if light rail building costs come down, if driverless buses don’t happen, I would re-evaluate. But I’ll always try to be honest about what we should do based on the available evidence,” Mr Ó Tuathail added.