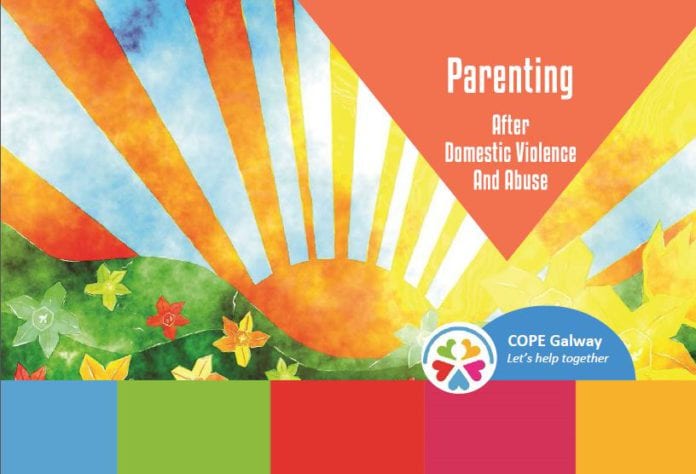 COPE Waterside House is launching a new booklet entitled Parenting in the context of Domestic Violence, as part of the annual global awareness campaign, 16days of Action on Violence against Women.

The campaign began on Saturday 25 November which was International Day Opposing Violence against Women.

It will end on International Human Rights Day – 10 December.

Parenting in the context of Domestic Violence covers topics from talking to children about the domestic abuse and how to manage contact and access with a non-cooperative ex-partner.

It also explores coping mechanisms and strategies for mothers whose parenting has been undermined through abuse.

Professor Pat Dolan of the UNESCO Child and Family Research Centre, NUIG, who wrote the forward for the booklet, said: “Not alone has the voice of women who are parents experiencing domestic violence been unheard, their expertise and wisdom in relation to coping remains untapped and unshared.

“This booklet is both welcome and timely in that it firstly outlines the challenges and solutions of trying to parent well while living with domestic violence; but also its authorship includes those with first-hand experience.”

Christiane Blodau, Service Coordinator at COPE Galway Waterside House said that parenting alone can be difficult at times, but parenting after leaving an abusive relationship can mean dealing with especially challenging issues.

“Women often leave abusive relationships because of concerns about their children’s well-being. When they come to COPE Waterside House refuge or our outreach service they report a number of these concerns, which range from worrying about the immediate and long-term effects of abuse on their children; how the abuse has affected their confidence as a mother and how to manage ongoing contact with their children’s father post-separation.

“Many women report that the problems do not end with separation. As one mother said, “I did not realise how much my child blamed herself for what happened. It was only years later that it all came out. You have to reassure your kids that it was never their fault,” she said.

Ms Blodau also said that it’s important to note that while domestic abuse can have an adverse effect on women and children having survived abuse as a child, it is not a  ‘life sentence’ for problems in the future.

“With the right support,” she said, “we can achieve very positive outcomes. Accessing support is a vital first step for both safety and recovery.”

Professor Pat Dolan of the UNESCO Child and Family Research Centre will launch Parenting in the context of Domestic Violence at the Town Hall Theatre on Monday, December 4th at 11am. If you would like to attend the launch, contact COPE Galway Waterside House – 091 565985.

If you or someone you know is experiencing domestic abuse or is affected by any of the issues mentioned above, phone COPE Waterside House at 091 565 985 (24h).