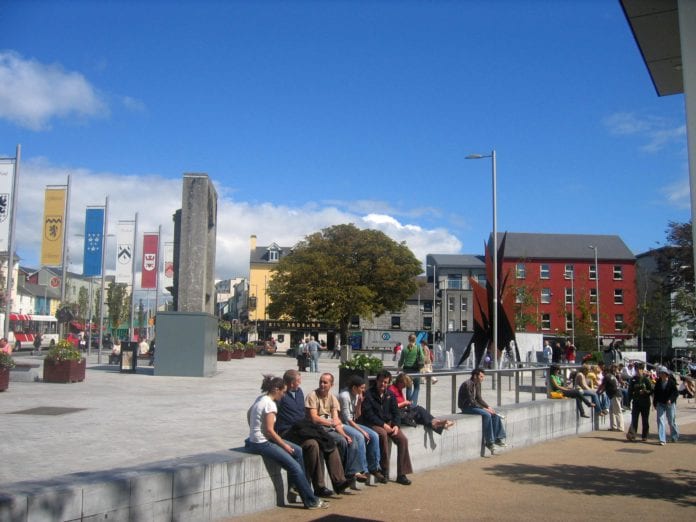 As the main urban area serving one of Ireland’s largest Gaeltachts, Galway city has no shortage of gaelgoirs, but until now the city hasn’t had any concrete measure to encourage the spread of Irish.

Now, leading Irish scholars from NUI Galway will develop a long term plan to encourage to growth of our native language in the west’s capital city.

The goal of the plan is to incrementally increase the natural use of Irish in the city on a daily basis, while deepening people’s overall knowledge of the language.

Speaking about the work ahead of them Dr John Walsh said, “The planning project will comprise two phases; firstly a review of existing relevant research and international best practice and secondly a consultation exercise with relevant stakeholders and interested parties.”

“We also hope to gain a better understanding of the needs and desires of the Irish language networks already operating in the city.” he finished.

Dr Walsh is a Senior Lecturer in Irish at the School of Languages, Literatures and Cultures at NUI Galway and Dr Dorothy Ní Uigín, is Acting CEO of Acadamh na hOllscolaíochta Gaeilge, NUIG’s dedicated Irish college in Connemara.

A Steering Group, Coiste Stiúrtha Pleanála Teanga Gaillimh has been jointly established by Gallimh le Gaeilge and Galway City Council to support and guide the delivery of the Language Plan for Galway city.

Chief Executive of the City Council Brendan McGrath said the council was pleased to support the growth of Irish in the city.

“It will provide an effective structure and a resource base for sustainable Irish language planning in Galway city for the period 2019-2026 and beyond,” he added.

Cathaoirleach Ghaillimh le Gaeilge, Bernadette Mullarkey said that the group looked forward to working with Dr’s Walsh and Ní Uigín on this plan, as well as consulting with the people of Galway to set out practical objectives.

The clear objective is the plan, he said, is to “promote, support and increase the communicative use of the Irish language as a norm in everyday life as well as delivering on Galway’s status as Ireland’s Bilingual City.”