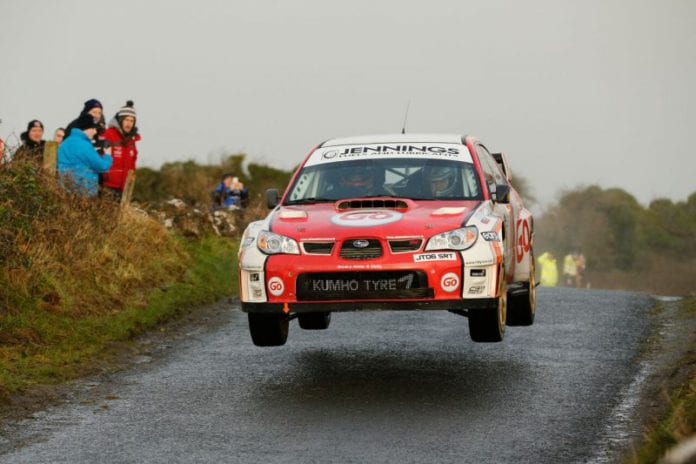 After taking something of a sabbatical this year, planning is well under way for the return of the Galway International Rally in 2019.

The 2019 Galway rally will take place over the week of February 9-10 in a major comeback special.

No stranger to putting together a rally, this will be the fourth time Clerk of the Course Gary Leonard will brings his years of experience to bear in this role.

After extensive consultations with competitors, championship organisers, and other stakeholders, its been decided that all the stages of the event will be held on Sunday, February 10.

It was decided that a one-day, competitor friendly rally would be the best way to re-establish the event on racing calendars, as well as giving spectators the most bang for the buck.

First taking place eleven years after the founding of Galway Motor Club in 1960, the annual Galway rally has been a staple of Irish motorsports since 1971.

The Galway International Rally is steeped in history having run since 1971. The @GalwayMotorClub who organise the rally first met on the 9th of March 1960 and since then the club has been at the forefront of motorsport in Ireland, with many first!

The Clayton Hotel in Ballybrit will once again be acting as the official headquarters, anyone who wants to take in the entire experience should know that places are filling up fast.

The entry fee for participants  has been set at €875, this is an inclusive fee with no extra levies down the track.

Together with a clubman friendly route, minimal road mileage, and a centralised service are, it’s hoped that 2019 will bring out plenty of drivers for a hell of run.

The rally will take place over ten stages, following some of the best roads in the county with plenty of great viewing spots to follow the competitors.

The organisers are sure that next year will bring out plenty of spectators for the opening tarmac rally of the year.

The club would like to acknowledge the assistance and advice provided by Motorsport Ireland and the TROA in the new running format.