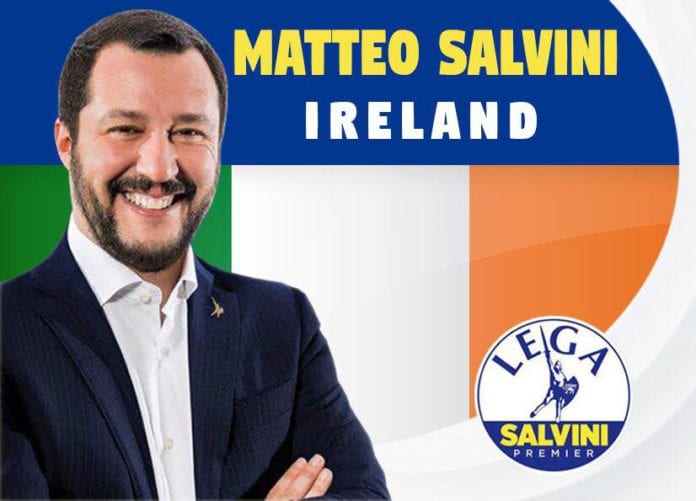 A meeting in support of an Italian anti-immigration party will be held in Galway in January, hosted by an Italian immigrant.

The meeting will take place on 31 January and is described as the first official party of Lega in Ireland.

It will take place in the Headford Arms Risto Pub – an Irish pub with Italian cuisine – run by Antonio.

An associated Facebook page set up in support of Lega advocates for a so-called Irexit – for Ireland to follow the path of the UK and crash out of the European Union.

One man has messaged the pub saying he hopes that the pub is burned to the ground, while describing the organiser as a ‘fascist piece of shit’.

Lega takes a tough stance on illegal immigration to Europe from the Middle East and Africa, and sits with Marine Le Pen’s Rassemblement National and other Eurosceptic right-wing parties from other EU countries.

A recent poll suggests the traditional parties in Italy have lost the support of the majority of Italians – Lega’s popularity has risen to 33%, while M5S, which forms the government with Lega, is at 25%.