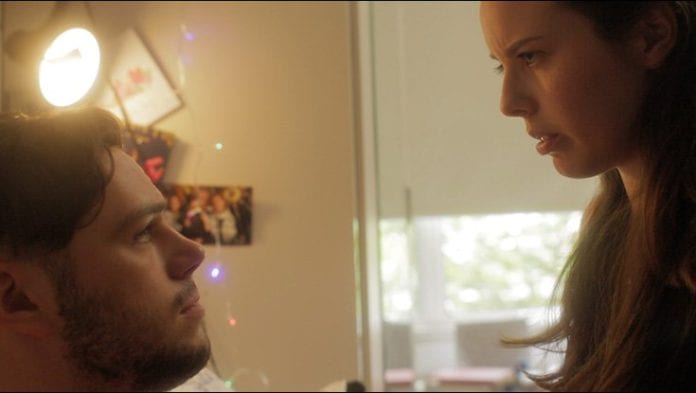 John and Becky shows a long term couple who are having less sex than they used to in their relationship, and takes viewers through the experience of how important communication and consent is in relationships.

Like the other films in the Consent=OMFG series John and Becky is an interactive film with viewers making choices for the characters at three key points in the story.

Dr Charlotte McIvor, the Director of this film and one of the researchers behind the Active Consent Programme said “John and Becky portrays the complexity of negotiating consent even with long-term partners and the importance of ongoing and proactive dialogue around intimacy.”

“We were interested in exploring how men may experience pressure to be intimate based on commonly-held stereotypes that they are always driven by sexual desire.”

Together with the two films that came before it (Tom and Julie and Kieran and Jake) this film series will make up part of Active Consent’s toolkit for colleges being released this Spring.

It builds on a series of workshops addressing consent which have been running at universities since 2015, and have proven wildly successful among students.

A theatre performance on consent will also be launched later in the year and will be touring third level institutes later this year.

One in five college students in relationships reported in a SMART Consent survey that they would find it difficult to tell their partner that they do not want to have sex.

A similar percentage said they would find it difficult to say a certain sexual activity is not making them feel good.

Dr Padraig MacNeela of the School of Psychology at NUI Galway said that altogether these tools, “will enable colleges to follow through on the commitment to support young people to make positive, active choices in what they do and do not want to consent to with their partners.”