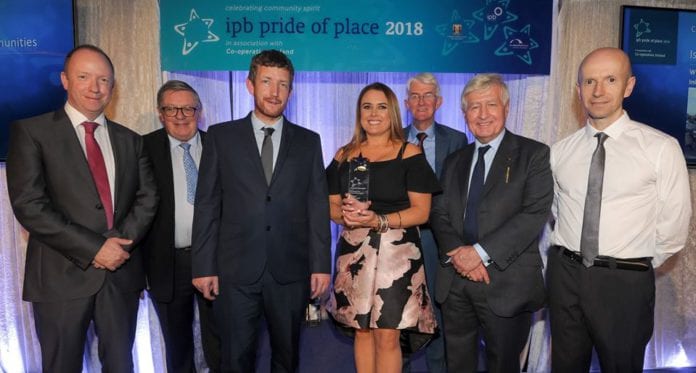 Inis Meáin was found to be the finest of Ireland’s Island and Coastal Communities at the annual IPB Pride of Place awards.

The Pride of Place judges said they were “enchanted by the sheer beauty of this place, its awareness of the value and national significance of its heritage, culture and connections to many important historical people.”

Also praised was the fact that, unlike many other islands, Inis Meáin has both a primary and secondary school. “The approach to education which attracts many students and others to this small community is playing a huge role in developing a proper sustainable community.”

Comhlacht Forbartha Inis Meáin was set up a year and a half ago to be the voice for the community by residents of the islands.

When making their case to the Pride of Place judging panel they highlighted the range of traditional industries and tourism initiatives that have made Inis Meáin a more vibrant community.

The knitting factory is Inis Meáin’s main employer, providing jobs for 22 people, and visitors to the island will soon have a suites at a 5-star exclusive mini-hotel set to open next season.

The IPB Pride of Place awards are an all Ireland competition that recognises the work that people put into improving their local communities.

Tom Dowling, Chairperson of Pride of Place, was delighted “That after 16 years the competition continues to embed itself in the very heart of the Island of Ireland’s communities and gives them the opportunity to highlight the proud and amazing achievements of their place.”

At the awards ceremony in Cork last weekend representatives of 800 communities came to compete for prizes in 22 categories.

The full list of winners on the night was:

Community Centre for Music and the Arts, Dublin City

Urban Neighbourhoods/Villages with a Population under 1000:

Urban Neighbourhoods/Villages with a Population of 1000-2000:

Urban Neighbourhoods/Villages with a Population over 2000: