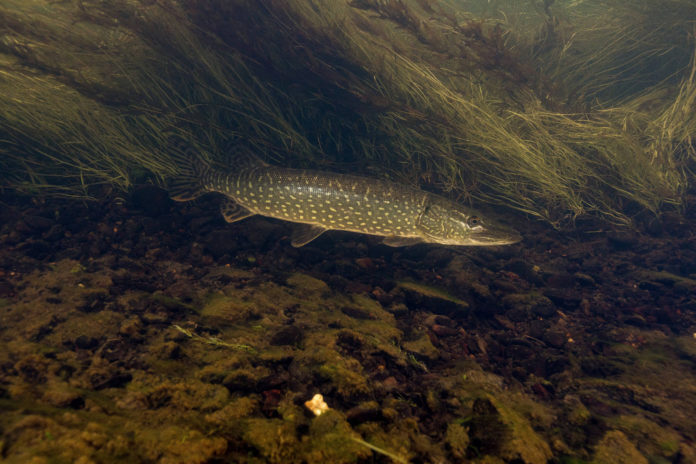 Inland Fisheries Ireland are investigating after the presence of invasive Pike has been confirmed in Aughrusbeg Lough in Galway.

The Pike has never been officially recorded in the Lough before, and this week’s poses a potential threat to fish species present.

The introduction of the carnivorous species to small low-complexity lakes, such as Aughrusbeg Lough, could be devastating to resident fish populations.

New introductions are also potentially a carrier of fish disease and parasites, the IFI said.

IFI is investigating to determine if the fish was ‘introduced’ to the lake through human activity, by the illegal movement of fish between watercourses.

“‘Introductions’ of new species threaten these ecosystems that they support, potentially in unforeseen ways, and are a major cause for concern for Inland Fisheries Ireland.”

“Unfortunately, a similar introduction of pike into the upper sections of the Owenriff catchment in County Galway over ten years ago caused the virtual collapse of what had been a very important salmonid fishery in the West of Ireland.”

IFI is currently assessing data from the latest fish stock survey in order to try and determine the age and distribution of the pike population in the lake.

In the mean-time, Inland Fisheries Ireland is appealing to all anglers to protect Ireland’s fisheries by not moving fish between watercourses, for any reason.

To report suspicions around the illegal movement of fish between watercourses, anglers and members of the public are encouraged to call Inland Fisheries Ireland’s confidential hotline number on 1890 34 74 24, which is open 24 hours a day.