Home NEWS "I thought Galway City would be a place where I could learn...
NEWS 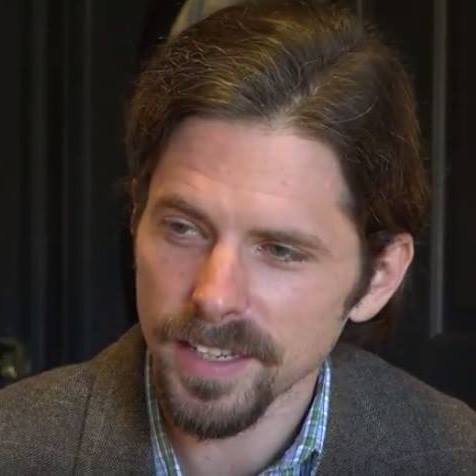 Irish is understood to some extent by 25% of people on the island of Ireland, with almost 50% in Galway have some Irish.

Census figures show a solid but small community of daily speakers (73,803 people), whilst more than one million people have Irish in varying degrees.

The high demand for Gaelscoileanna placements is strong, but people are turned away from Irish immersion schools at a far higher rate.

According to Brendan Keane, “the government does not facilitate the language properly, and probably has an unofficial agenda to destroy her.”

Despite the slow pace of facilitating Irish, Brendan Keane, who came up with the idea of an Urban Gaeltacht in Galway, thinks we may be on the cusp of an Irish language renaissance.

Born and raised in New York to Irish immigrant parents, Brendan has gone back and forth between Ireland and New York throughout his life.

Ten years ago, Brendan decided to make Ireland his permanent home and moved to Galway.

It was during this time Brendan’s love for traditional Irish music and literature grew, strengthened and flourished.

Music was a staple element in Brendan’s Irish American family which has led to him playing traditional Irish music in pubs across Galway to this day.

The expression of Irish culture through traditional Irish music provides Brendan with a ‘cultural outlet’.

To add to this, Brendan expressed his love for Irish Language literature (Poetry specifically).

He revealed his extensive study of Irish through poetry and described his method of reading bilingual books in Irish and English to study the language.

While Brendan came up with the idea of an Urban Gaeltacht in Galway, he is quick to point out to us that the concept is apart of a much larger idea.

The Irish American feels that its an aspiration of the city anyway and believes it’s something everyone wants and will get behind.

Brendan affirmed to us that the plan makes sense since the city has already declared itself to be a bilingual city while NUI Galway declares that it wants to be the epitome of a Bilingual Irish language campus.

The idea came to Brendan out of problems he encountered trying to learn the Irish language.

He came to Galway City with the hope of becoming an Irish speaker; although he can carry out a conversation in Irish, like ‘a lot of Irish people’  he has always had trouble finding people to speak with.

The Irish American informed us that he believed the institutions in Galway City don’t provide enough support for learning to properly converse in Irish.

Despite this, Brendan emphasised to us that he wanted to get creative and not critical when it came to finding a solution to his problem.

Although Brendan doesn’t have a ‘strong conversational community’ he can rely on, he said that an Urban Gaeltacht would certainly provide him with one.

Speaking to Galway Daily, he said: “I thought Galway City would be a place where I could learn Irish easily and readily but instead of being upset about it I decided to be more creative”.

Brendan Keane is delighted to have seen the idea of an Urban Gaeltacht continuously growing and becoming more well known.

Furthermore, the positive feedback he has received from the general public and elected Councillors has greatly encouraged him.

“Every Councillor I met with is very proactive and very positive about it and I have found no resistance  from anyone.”

He expressed his gratitude for the political will that exists to make the Urban Gaeltacht a reality while declaring that he was ‘ecstatic’ to hear the proposal being discussed at the previous City Council meeting.

Fine Gael’s Frank Fahy and Fianna Fáil’s John Connolly both made enthusiastic speeches on behalf of the concept which was echoed by Owen Hanley of the Social Democrats.

Moreover, Pauline O’Reilly from the Green Party contacted Brendan after the meeting to express her support for the Urban Gaeltacht.

“As far as I can tell all parties on the Council were positive about the project. I’ve been so grateful to them for that.”

Brendan outlined his vision for the Urban Gaeltacht to provide a home to the many ‘brilliant Irish language speakers who are graphic artists and technologists, programmers and software developers’.

By concentrating these highly skilled Irish speakers together in an environment which embraces and encourages the Irish language should help see the formation of a bilingual and technologically professional community with families.

This would than facilitate their professional development where they can work and develop within a really “unique cultural and professional environment”.

Brendan was quick to remind us that this can only happen with Government facilitation.

He gave the example of how the Government facilitated Gaelscoileanna, or Irish speaking schools, which has become one of the most popular educational options for people.

This is to the extent that there is more demand for places in Gaelscoileanna than the Government can come close to satisfying.

This shows Brendan that ‘we are just waiting on the government to catch up with the yearning of the Irish people to have a Renaissance with the Irish language’.

Brendan concluded by illustrating his optimism for what an Urban Gaeltacht could add to Galway.

“I would suggest that if we were to concentrate on the tech community you would have a silicon island in the heart of Galway,” he said.

“You would have an Irish language and Irish speaking community that has a concentrated professional niche and in that way you would create an extra economic boom which would also help the language in terms of its direction it would become very inspiring.”

Restrictions on face to face outpatient clinics and non-essential surgery in Galway's hospitals have been renewed due to the ongoing pressure caused by the...
Read more