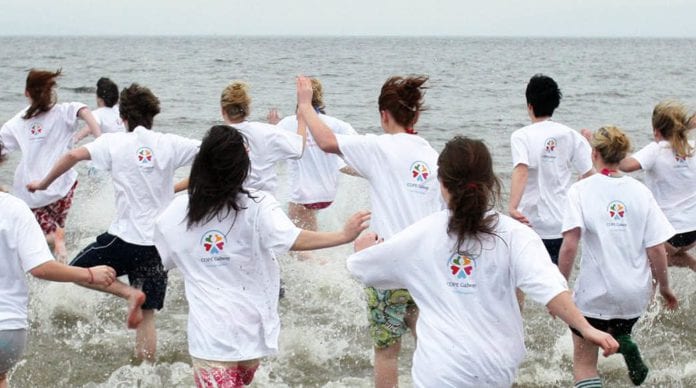 Hundreds of people have taken time out of their Christmas and braved the cold today to take part in COPE Galway’s Christmas Swim.

The Christmas Day Swim with COPE Galway helps raise funds for the non-profit to support those who aren’t as fortunate this holiday season.

Many local schools and groups came out to support COPE’s fundraising efforts.

The group took to twitter to express their gratitude to local restaurants Loam, The Kitchen as well as Salerno Secondary School for taking part.

So many groups have come down to support #copegalway at the #Christmas day #swim. Like this amazing team from #salerno secondary school! #iBravedtheCold #copegalwayhelps . Text COPE to 50300 pic.twitter.com/uAIxXclnno

The Student’s Union at NUI Galway also organised participation in this great event along with the GOAL Mile taking place in towns and villages around Ireland.

Amazing turnouts for the GOAL Mile and the COPE #ChristmasDay2018 swim. Fair play to everyone involved and the #Galway weather for cooperating #FierceMild pic.twitter.com/WU4P61Ganh

This year COPE supported 830 households around Galway across their range of services.

Anyone who wants to support them can text COPE to 50300 to make a donation of €4 and do just a little to help out people dealing with homelessness, poverty, and domestic abuse.