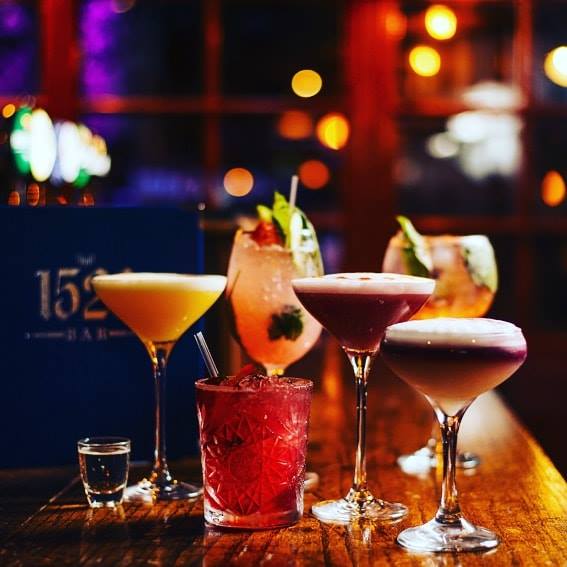 When you’re out on the town this Christmas and looking to feel awful jolly then the 1520 Bar’s range of seasonal cocktails could be just the thing you’re looking for.

Changing up the menu to match the time of year, 1520 have brought out a range of new creations that put a twist on some old classics to match the season.

In the summer people often want light an breezy drinks, perfect to enjoy with a summer breeze in that gazebo you always wished you could afford.

But come winter it’s nice to have options for drinks that put a warm fire in your chest and keep up the cheer that’s so crucial to enjoying your holidays.

Jason Coyne, one of the barstaff at 1520 responsible for these great cocktails says they’ve worked hard to come up with something for everyone, and it all starts with the flavour.

But there’s more to enjoying a drink at 1520 than just the taste. Much like some Japanese restaurants cook the meal in front of you so you can see the culinary wizardry first hand, there’s a showmanship and presentation to making a good cocktail that they embrace.

“We’ve got a smoke gun here. With some of our cocktails we get hickory and wood chips and a bell jar, and we sit the drink in it and we infuse it with the smoke. So we pump the smoke in towards it and it sits there for a couple of minutes.”

One of the drinks that benefits from this mad science of drinks making is 1520’s new Irish Old-Fashioned.

The most classic cocktail of all, 1520 makes their old-fashioned with Powers whiskey,  chocolate bitters, orange bitters, maple syrup and the smokey infusion.

“When we present it to someone we put it on the table and lift the jar up. It’s all kind of a show you know, it’s part of it.”

To make sure that every part of their cocktails are made to the highest standard, 1520 creates a lot of the liqueurs and other ingredients in house.

This can take some some time according to Jason, but the payoff is worth it.

“We have a homemade blackberry liqueur which I put on two original cocktails, the Galway Shawl and the Claddagh Sunset.”

“The liqueur take over 48 hours process overall because we have to infuse blackberries with alcohol first, and we have to leave that for 24 hours,” Jason explains.

“We strain everything out, we use distilled water, then we infuse the same blackberries in it again for another 24 hours.

“Then we combine it and add both together. So some of the liqueurs and the cordials we have here take time to make, but I think that’s what helps it stand out.” 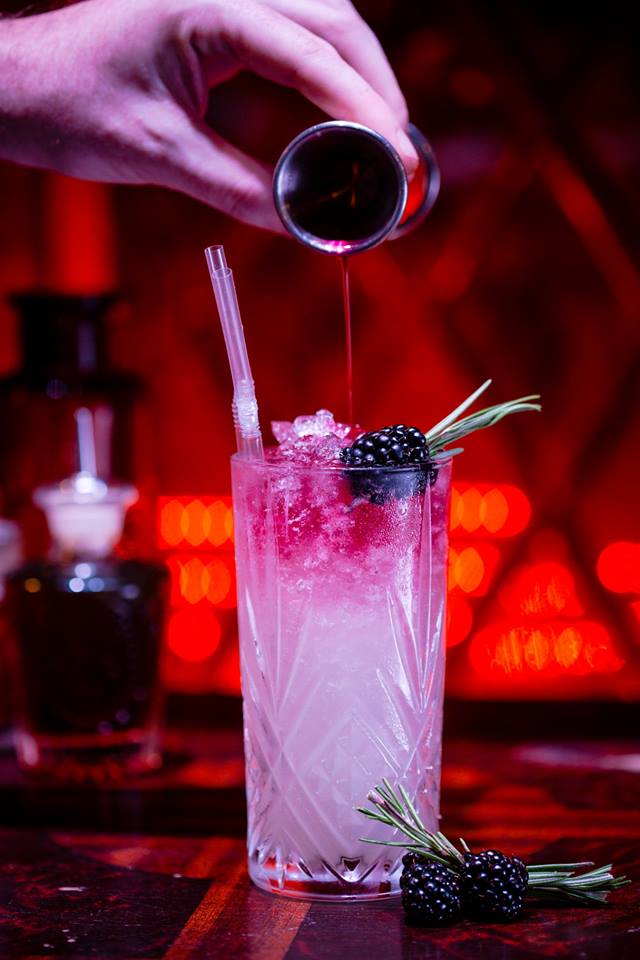 “We’ve also infused some of the alcohol with random things that you wouldn’t think of,” explains Jason.

One example of the the strange experimentation 1520 is doing with their alcohol is the new Penny Bar Mint Julep.

The Mint Julep is a very simple cocktail of bourbon, mint, and lemon

“But what we’ve done is done is we’ve infused the bourbon with bacon, so you have bacon flavoured bourbon.”

“So we’ve got the bacon, fried it in a pan, we infuse the oil with the alcohol and put it in the freezer.”

The cold of the freezer separates out the fat and the alcohol, which is then separated off and the alcohol is strained again to remove any trace of grease.

“Afterwards what we’re left with is an alcohol that smells and tastes like bacon,” Jason said.

Also on the menu this time of year is the Milky Russian, a white Russian with a homemade white chocolate liqueur made from milkybars.

“So I’ve cooked up some Milkybars with cream and a few other ingredients.” Jason laughs, “I can’t give the full recipe away.”

That gets added to some vanilla infused vodka with Kahlua coffee liqueur to add that caffeine kick.

If that chocolate liqueur sounds like something you you might want to scarf down without realising it’s booze, Jason says they’re aware of that compulsion.

“We keep it on the shelf so no one can reach it and grab it, especially during the afternoon. Because we have a big picture of a Milkybar label on it, so things can get confusing.”

And if you’re looking for a Christmas Special, Jason has come up with the Snowball Martini just for you.

This holiday twist on the classic martini is made from house infused vanilla vodka, that same Milkybar liqueur from before, Frangelico hazelnut liqueur, and vanilla syrup.

This white Christmas drink is served with a rum soaked cherry on top over this season.

This is the first full cocktail menu that Jason’s been involved in creating, and one of the great things about these drinks to him is that there’s always room to grow and evolve.

“It’s not like pouring beer, where if you know how to pull a pint you can pull a pint. With a cocktail you can constantly expand and try to come up with new ideas.”

“A lot of these creations I’ve had on my mind for a while. Some ideas have been a couple of years in the making, some of them we came up with on the fly.”

“We’ve a couple of originals, but most of what we’ve done is put our own twist on some classics.”

From what Jason can see, people out for the night in Galway are looking for delicious cocktail creations more and more.

And 1520 are happy to turn out great drinks to meet their thirst.

Sponsored by the Connacht Hospitality Group