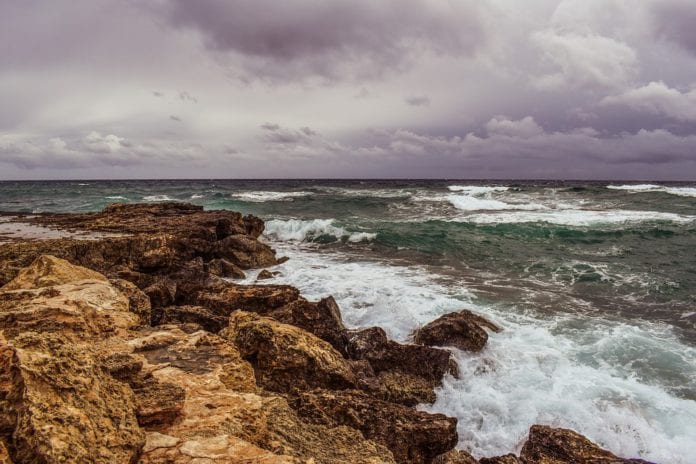 Hundreds of family homes in Galway are at serious risk from coastal erosion.

A report commissioned by local authorities found that Galway is the most endangered county in Ireland with 263 properties in danger of being swallowed by the sea.

Violent storms and the growing effects of climate change have made it extremely perilous for people to continue living next to the coast, which is a problem in Ireland.

As a small island nation, some 40% of Ireland’s population, or 1.9 million people, live within 5km of the coast.

Of those more than 40,000 live within one hundred metres of the sea and have been warned about the dangers of coastal erosion.

According to the Irish Independent there are 824 properties at risk of being washed away by coastal erosion.

This report, ‘Local Authority Coastal Erosion Policy and Practice Audit’, was commissioned by the City and County Managers Association.

It found that on top of the risk to properties, 154km of roads in Galway and a landfill in the city are in danger or falling into the sea.

South Park landfill, which hasn’t been used as a dump in over 50 years, was deemed of ‘medium risk’ by the report, one of six landfills nationwide at risk.

Currently it falls under the purview of the Department of Housing, Planning, and Local Government.

He added that he intends to raise the matter with the cabinet in the new year and wants a comprehensive study to assess the risks from this “major threat”.

Despite the major danger to homes right on the coastline, it isn’t reflected in council practices, with just eight councils imposing a 30-100m buffer on developments next to an eroding coastline.

Sligo County Council is the only one which has approved no planning applications next to dangerous coasts in the past five years.

The report warns that policy is underdeveloped for dealing with coastal erosion, and funding is urgently required for defence works.