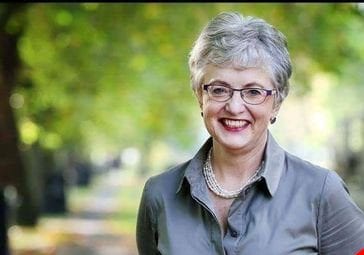 Minister Zappone has said that  a human rights based approach to the Mother and Baby Home site in Tuam would involve looking at the scope for the retrieval of human remains and if possible, to exhume and re-bury the bodies in a respectful manner.

At the meeting today, Katherine Zappone talked about the consultation process that was led by Galway County Council, which highlighted very different views expressed by those who participated in the consultation.

Those who were resident in the Tuam Mother and Baby Home, and their relatives, are strongly supportive of a full forensic excavation of the site.

In contrast, local residents favour memorialisation, with no further investigative work or disturbance of the site.

Minister Zappone said she can appreciate and respect both views, but that one course of action must be chosen.

At the meeting, Minister Zappone said
“This is a real opportunity for us to take one more step in putting our
shameful past behind us—not forgetting it, or simply ‘moving on’, but acknowledging, knowing, recording, and building on it; using our past to help us to move forward.” pic.twitter.com/KOslEsYkTy

“Based on my considerations so far, I believe that an approach based on human rights and the principles I have already outlined would involve taking all reasonable steps to investigate the scope for retrieval of human remains and, if logistically possible, to exhume and re-inter the bodies in a respectful and sensitive manner,” said Minister Zappone.

However there are many and decisions to be taken if that particular course of action is pursued.

“In particular, I need to decide whether the rights-based approach requires full excavation of all land formerly occupied by the Mother and Baby Home, or whether it would be more appropriate to test all the land and then excavate those areas where anomalies arise, as well of course as the Memorial Garden and subsurface chambers.

“The latter is less disruptive though still thorough, however it does not absolutely eliminate the unlikely possibility of some remains being undetected.

“The former eliminates all such risk, but we cannot know from the outset that it would in fact result in a more complete investigation.

“That is, we cannot say for certain that we would find out anything we would not have discovered through the slightly less intrusive and more targeted approach.

“In other words, we cannot know that one is ‘more right’ than the other. Instead, I must use the principles outlined above to help me to make a judgement between these approaches,” she said.

Minister Zappone said she hopes to “be able to make a specific announcement of what we will do early in the Autumn”.