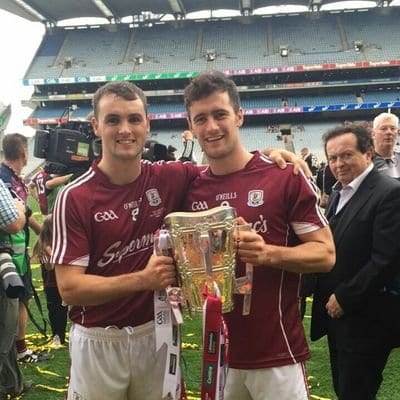 Galway are favourites to retain the All-Ireland senior hurling title but the pain of previous final losses is ensuring the 2018 panel don’t lose focus of what they are trying to achieve according to midfielder Johnny Coen.

The Tribesmen finally broke through and landed the McCarthy Cup last year (2017) for the first time in 29 years but the defeats to Kilkenny in 2012 and 2015 will ensure no complacency will be allowed creep into the group.

Coen was young player of the year in 2012 when playing at corner back before forming his midfield partnership with David Burke in 2016 that has gone on to reap rewards since.

“We’re under no illusions about this semi-final,” said Coen to John Harrington of gaa.ie.  “We’ve played Tipperary in the last three years and there’s only been one point between the teams on every single occasion.

The @Galway_GAA hurlers might be reigning All-Ireland champions, but the pain of past defeats still stokes their ambition ahead of Saturday's All-Ireland SHC semi-final against @GaaClare.

“If you haven’t got your head screwed on or if you’re not fully tuned in then you’re going to be found wanting. We’re not fully deluded or anything like that.

“You look at our performance in the first game (of the Leinster Final) against Kilkenny, if it’s a fraction off at all then teams are going to punish you.

“I was very fortunate to bring the Cup home to my own parents and to my Granny as well. At the end of the day, home is where you come from and home is where the real support structure is.

“If you’re feeling down they’re the ones that are going to pick you up. I was very fortunate that when I was feeling great I was able to celebrate the victory with them as well.

“We’ve come from a very good position in the sense that we won it last year. We’ll be looking at our own performance and making sure we have our heads screwed on and that we’re tactically spot-on as well.

“If we bring our ‘A’ game there’s no reason why we can’t progress to an All-Ireland.”