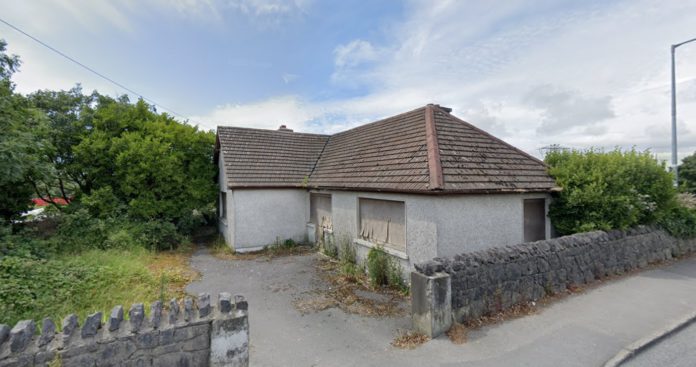 Plans have been submitted to Galway City Council to demolish two derelict buildings on the outskirts of the city in Knocknacarra in order to make way for apartments.

Planning permission is being sought by Leadlane (Cappagh) Limited to demolish to derelict buildings on the Cappagh Road, and build three blocks of duplexes on the site in their place.

The three building would consist of Block A with six apartments, Block B with 12 units, and Block C which would have just two apartments.

The site of the proposed housing development is adjacent to Cappagh Park, near the junction with the Western Distributor Road, and currently contains two dilapidated homes with associated out buildings.

Roughly half of the 7,006sqm site is zoned for recreational use, and no building is planned to take place on that portion of the land.

A large portion of the land, facing away from the main road, will be landscaped into green areas to the rear of the apartments.

“The proposed housing presents a positive aspect to passersby, avoiding unnecessary physical and visual barriers,” the architectural statement claims, “Allowing pedestrians from the Cappagh to look through the scheme to the green landscape beyond.

The site will be served by a total of 35 car parking spaces, and 15 bicycle spaces, and the project will also involve creating a new access point to the Cappagh Road.

Galway City Council is due to make a decision on this planning application by October 10 of this year.