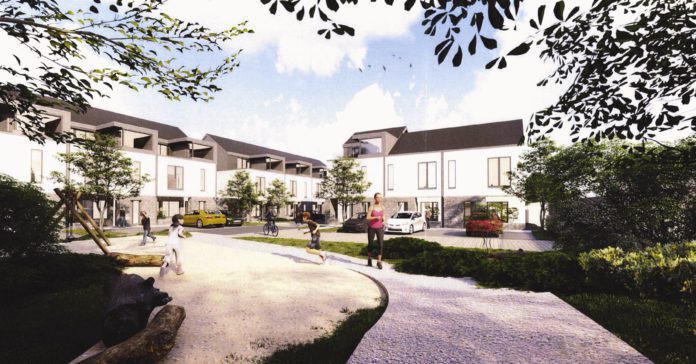 Multiple appeals have been lodged by local residents against planning permission for a residential development in Salthill.

K King Construction received approval from the city council to build 22 houses on an unused site at Rockbarton Court in Salthill last month.

The plans were heavily opposed by local residents, with 17 objections made to the council expressing concerns about the scale of the development for the site, overshadowing, and loss of residential amenity.

The original plans were for 25 homes, but three were removed from the eastern side of the development after council planners, and public submissions, expressed concern about encroachment on the boundaries of the site.

The estate will have a total of 26 parking spaces, after the council said that the originally planned 31 spaces was excessive.

The public open space for the housing estate was also redesigned after planners raised doubts about the level and quality of space provided in the original plans.

The City Council granted planning permission for the housing development with 18 conditions attached, including prohibiting any bulk sales of the houses.

Multiple appeals have now been made to An Bord Pleanála against the council’s decision by local residents.

Among the concerns raised in the appeal are potential overshadowing of existing homes in the area, further strain on already poor water pressure, and the removal of mature indigenous trees from the site.

An Bord Pleanála is due to rule on these appeals by October 13 of this year.

Planning refused for 12 houses and apartments in Claregalway