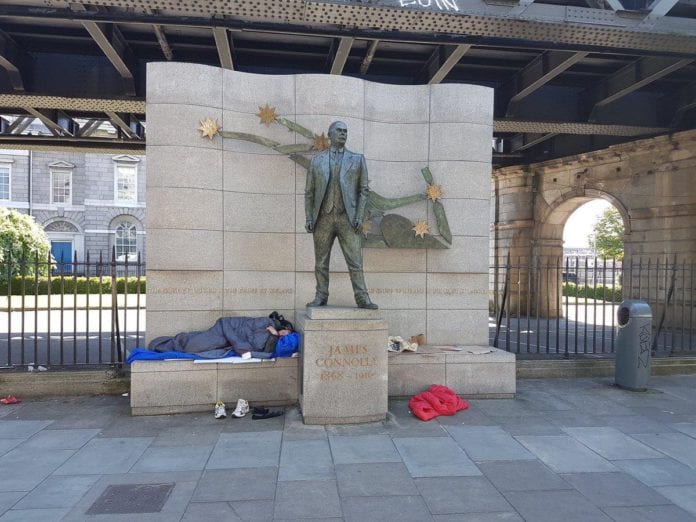 Figures released yesterday for March 2018 show that there is now almost twice the amount of people staying in emergency accommodation in the West of Ireland compared to last year.

Galway Simon Community has said that the latest figures, released by the Department of Housing, Planning, Community and Local Government, are not surprising and that the crisis will get worse this year.

The report showed there were 498 people, including 218 children, in hotels, B&Bs and hostels across the West of Ireland during March, with the vast majority of these located in Galway.

Although the national figures decreased slightly from February 2018, this was not the case in the West, which saw an increase of almost 25% compared to the previous month when it was 400 people.

Emma Dolan, Head of Client Services at Galway Simon Community said that the increase in the figures is not surprising and that the homelessness crisis in Galway will continue to rise in the coming months.

“The situation in Galway is only going to get worse as we come into the summer months due to the demand from tourists on the hotels, B&Bs and hostels who are currently accommodating all of these people.

“The reality is there is a huge shortage of not only long-term, but also temporary accommodation in Galway and we fear that many of those currently accessing emergency accommodation will simply have nowhere to go,” said Emma.

She added that these are people who just want to go about their normal lives.

“They deserve better than to be living out of emergency accommodation, which often does not have the facilities that allow people to do so.

“However, this is a huge challenge for us as the only option available at the moment is the private rental sector which, as we all know, is inaccessible for many due to the high rent prices.

“It really is crucial that a focus is put on affordable and social housing in Galway so that people can start to move out of emergency accommodation and homeless services,” Emma added.