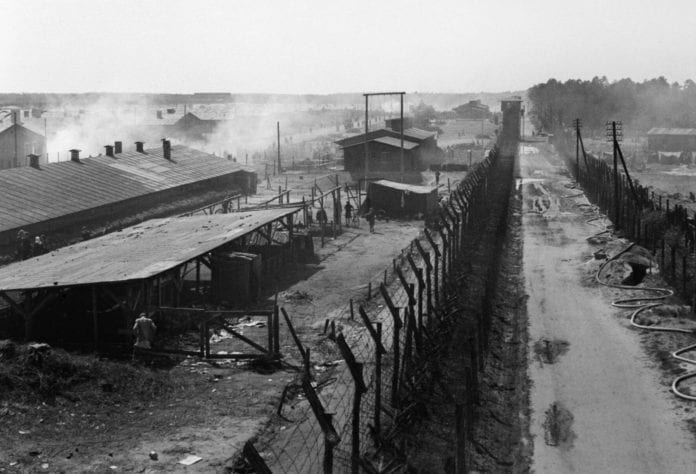 Tomi Reichental, a survivor of the Holocaust, will give a public lecture in Galway this Thursday, 8 February, about his experience of the Bergen- Belsen concentration camp.

Born in 1935 in Slovakia, he was captured by the Gestapo and deported to Bergen Belsen concentration camp with his mother, grandmother, brother, aunt and cousin in 1944,  when he was just nine years old.

When the camp was liberated by British and Canadian forces in April 1945, he discovered that 35 members of his extended family had been murdered by the Nazis.

His grandparents, uncles, aunts and cousins all died in the Holocaust.

Recounting the sights and smells at the concentration camp Tomi said: “Typhoid and diphtheria were the biggest killers, but people were dying of starvation and cold in their hundreds.

“First the bodies were removed and burned, but later they were just piling up in front of our barracks, and were piles of decomposing bodies.

“The soldiers who liberated Belsen in April 1945 said they could smell the stench for two miles before they reached the camp. In the camp I could not play like a normal child, we didn’t laugh and we didn’t cry. If you stepped out of line, you could be beaten up even beaten to death. I saw it all with my own eyes.”

Professor Ray Murphy from the Irish Centre for Human Rights at NUI Galway said: “Tomi is one of the last surviving witnesses to the Holocaust. As such, he feels compelled to speak out so that the victims are not forgotten and we do not repeat the mistakes of the past.”

Tomi Reichental has lived in Dublin since 1959. Fourteen years ago, for the first time in 60 years, he broke his silence and began to speak about his experiences during the Holocaust.

Thousands of students in schools all over Ireland have heard his story, and an RTÉ documentary film called I Was a Boy in Belsen was based on Tomi’s life.

Hosted by the Irish Centre for Human Rights at NUI Galway, the talk will take place on Thursday 8 February at 8pm, at NUI Galway with free admission, but early arrival is advised.