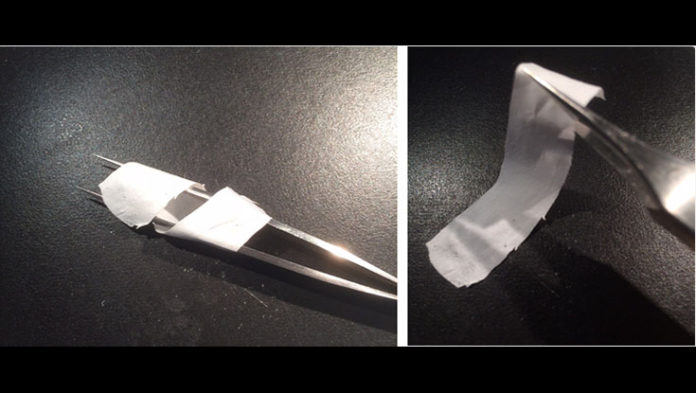 Researchers at NUIG’s CÚRAM Centre have developed an implantable medical device that can accelerate the healing of injured tendons.

The implantable device created by the CÚRAM team stimulates injured tendons with electrical therapy to control its repair function, working in tandem with exercise.

Dr Marc Fernandez, who carried out the principal research of the study at CÚRAM, said “Our discovery shows that an electrical charge is produced in the treatment target area, the damaged or injured tendon, when the implanted device is stretched during walking.”

“The potential gamechanger here is like a power switch in a cell, the electrical stimulus turns on tendon-specific regenerative processes in the damaged tendon.”

The electrical device is actually powered by the patient themselves, generating electricity through the act of walking.

That’s due it being made of a fabric like mesh – known as a piezoelectric material, which generates electricity when it is stretched or put under pressure.

It is made using a scaffold of nano-fibres which are one-thousandth of the thickness of a human hair.

“Importantly, our research improved the therapeutic performance of the device by enhancing its structure, piezoelectric characteristics, and biological compatibility.”

Lead researcher on the study Dr Manus Biggs said that the most exciting thing they found is that these devices can be tailored for individual patients or conditions.

He added that they “May show promise in accelerating the repair of sport-related tendon injuries, particularly in athletes.”

“This unique strategy of combining a device which is powered through body-movement and which can induce accelerated tendon healing is expected to significantly impact the field of regenerative devices, specifically in the area of sports or trauma associated injuries.”

He said that they are cost effective and relatively easy devices to implant, and could pave the way for a new range of regenerative medicine.