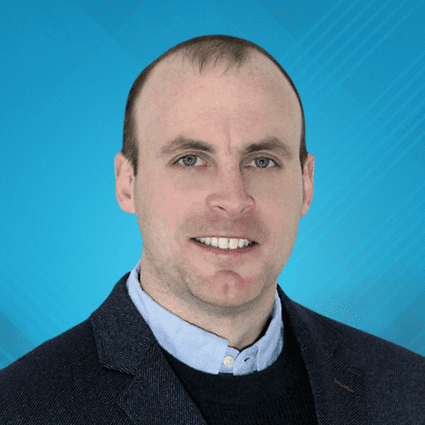 The Gort-Kinvara district has been filled after eight long counts, with the big two locking down four of five seats.

Kinvara man Joe Byrne (FG) was the clear front runner, sailing past the quota by more than 1,000 votes in the first count.

Fine Gael secured another seat on the second count, with PJ Murphy picking up enough surplus votes from his party colleague to put him over the line.

Counting would continue without anyone making it over the line until the seventh count when Fiann Fáil’s Martina Kinane became the third person named to county council in Gort-Kinvara.

Despite his Fine Gael colleagues being the first two over the line, Fionn Kiely failed to pick up enough transfers from Byrne and Murphy to climb from sixth place into contention for a seat.

Transfer votes were crucial to O’Donoghue’s success as she climbed from seventh place at the first count to overtake both Kiely in the seventh count, and edging out Kevin Fahey (FF) by 53 votes in the final count.

She is the only person elected to the county council in Gort-Kinvara who is not from Fianna Fáil or Fine Gael. 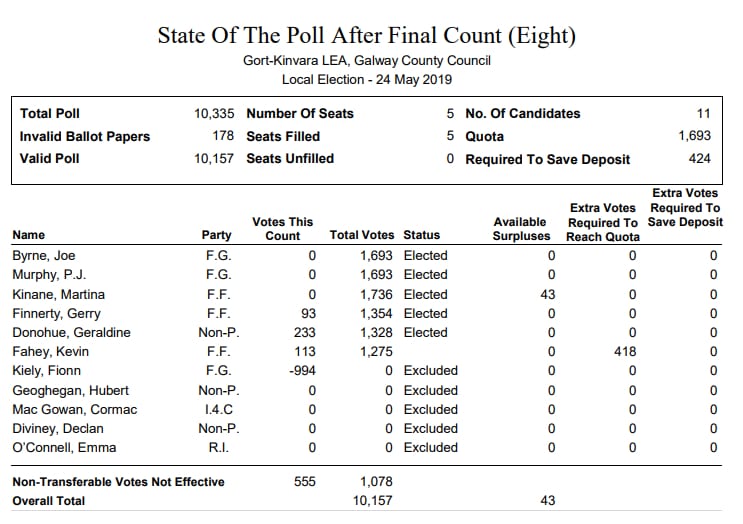