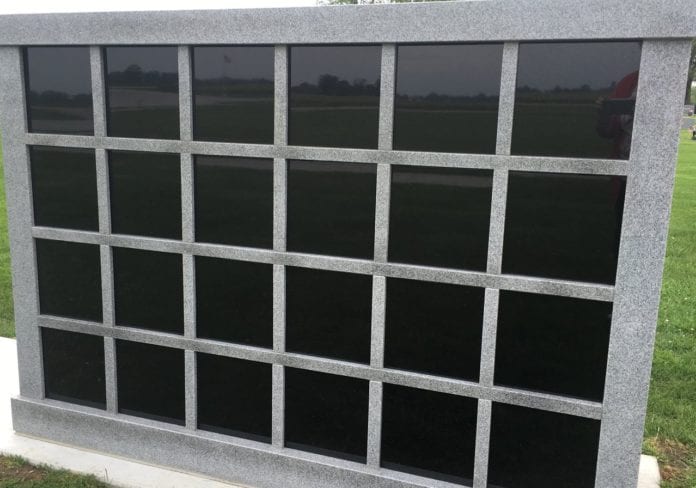 Gort cemetery is undertaking an expansion which will allow it to hold more funeral urns with needing grave plots for each one.

Plans were submitted to the county council last July for construction of two Columbaria at St. Coleman’s Got cemetery on Church Street by the Gort Cemetery Committee.

A Columbarium is a structure specifically meant for housing funeral urns, which is usually designed with floor to ceiling niches for urns.

These will be built on raised limestone paving which already exists in the cemetery, and built from grey granite to be in keeping with their surroundings.

The planning application included a letter from the Sisters of Mercy Western Province leadership team giving the committee their permission to pursue this development.

Last August the county council made a request for further information, asking the developer to submit and Architectural Impact Assessment Report as the site is within the Architectural Conservation Area of Gort Town Centre.

The site of the cemetery is within the curtilage of Gort Library, which was formerly a Church of Ireland church, and is a protected structure.

The AIA report said that the project will have minimal impact on the library as the work is taking place over 40m away.

A Design Statement was also requested by the county council, which said “The columbaria have been designed to have minimal impact on the adjoining protected structure and existing graveyard”.

“The proposed design will assimilate into the existing environment as many of the existing headstones and grave surrounds have the same finish”.

“We have considered height, scale, and elevation treatment to be sympathetic to its surroundings and to be in context with the existing established vernacular of the area.”

Planning permission was granted by the county council, with the only conditions being that work take place in accordance with the plans submitted to the council, and the public notice erected on site.