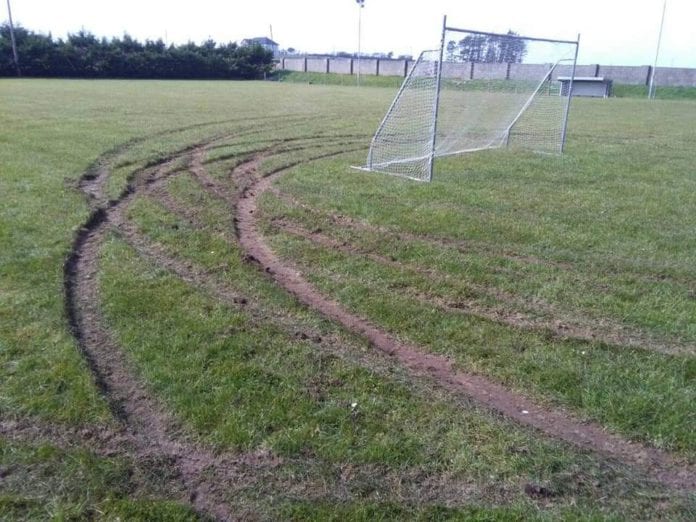 Glinsk GAA club has confirmed that it will be reimbursed for damage caused to its pitch in an act of vandalism.

The club discovered yesterday morning that the pitch had been badly torn up by a vehicle in an act of vandalism.

Activities making use of the playing field are cancelled for some time to allow for repairs to the damaged pitch.

It was found yesterday morning with tyre marks causing significant damage down the length, looping behind the goals, and in going in circles.

The club issued an appeal for information yesterday after discovering the damage caused to the pitch, and have now said that the matter has been brought to a “satisfactory conclusion” following an appeal on Galway Bay FM by committee members.

“The club will be reimbursed for the costs of the repair work,” a club spokesperson said on twitter.

Glinsk GAA club added “We extend Thanks to all our neighbouring clubs and the wider GAA community for the messages of support.”

“Also, to all those who have shared on social media. We are now happy the matter is over and we wish to move on with the repair. Thank You.”