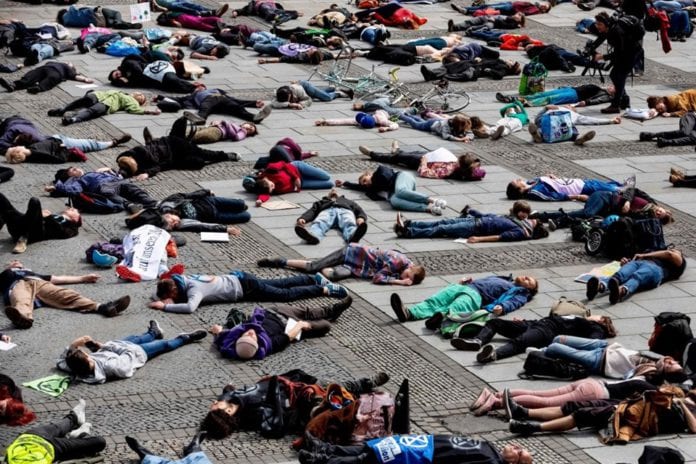 Galwegians will fall to the ground and pretend they’re dead at a theatrical protest this Saturday at the Spanish Arch.

The protest, known as a die-in, is being organised by Extinction Rebellion (ExR), and is designed to represent the risk of extinction posed to humanity from air pollution as a result of fossil fuel emissions.

Many of the protesters will also be dressed as skeletons to highlight the existential threat to humanity posed by climate change.

Extinction Rebellion’s action will take place at 1pm by the Spanish Arch where the group’s street art recently indicated the danger of rising sea levels if the government and leaders fail to act.

The activists will have upcoming actions in August and September and are building momentum for Rebellion Week Two starting on 7 October.

They say that time has almost entirely run out to address the ecological crisis which is upon us, including the 6th mass species extinction and abrupt, runaway climate change.