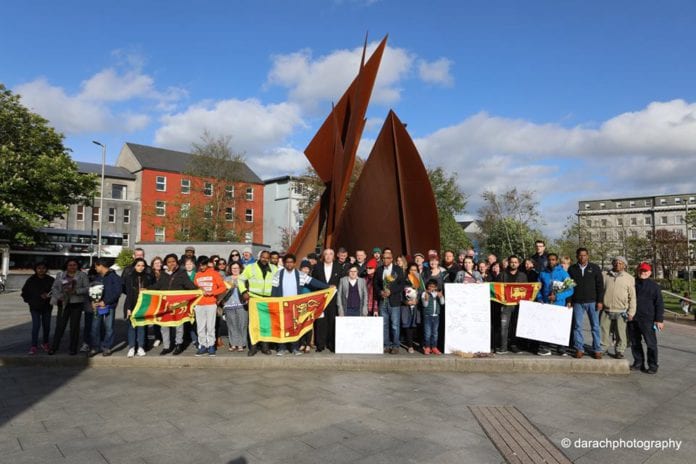 A vigil was held in Eyre Square yesterday where the people of Galway showed their solidarity with the victims of the horrific terrorist attacks in Sri Lanka over Easter weekend.

Over 250 people were killed in Sri Lanka in a series of terrorists bombings targeting hotels and churches on Easter Sunday claimed by the Islamic State.

Three churches and three hotels were bombed in quick succession on the Sunday morning, horrifying the nation and the world.

A week on, people gathered for a vigil in Eyre Square in a remembrance ceremony where members of the Sri Lankan community called for solidarity with those who are suffering.

The vigil was organised by Ravindra Vidyarathne and local activists and candidate for Galway city council Joe Loughnane.

A book of condolence was open for people attending to sign in sympathy with the many people who lost their lives and the families that are still coming to grips with their loss.