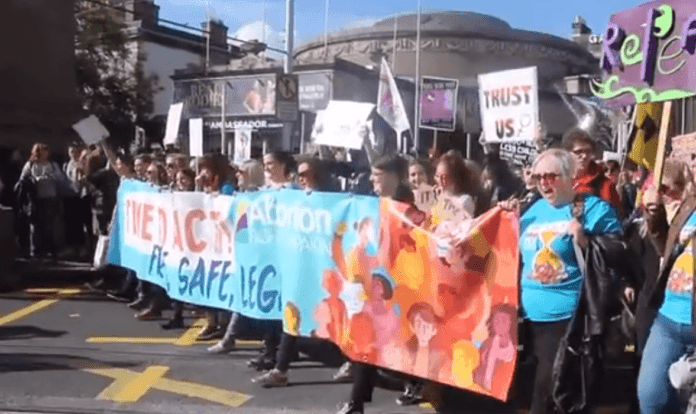 Galway Pro-Choice campaigners joined tens of thousands of protesters in Dublin today for this year’s March for Choice rally.

Some high-profile groups, including People Before Profit, say there is in the region of 100,000 people at the march.

The rally began at Parnell Square on the north side of the Liffey and made its way across the river to Merrion Square.

It appears to be the biggest turnout since the annual March for Choice campaign started five years ago.

Busloads of repeal activists departed Galway early this morning. They will return later this evening after taking part in the largest pro-choice march in the country’s history.