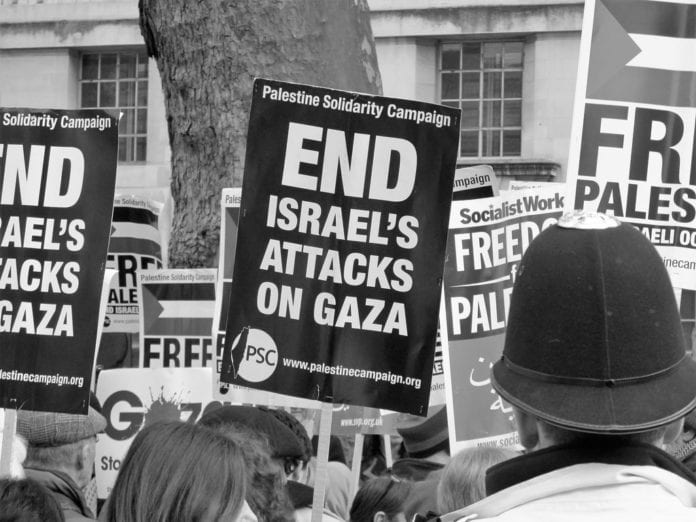 A vigil in solidarity with Gaza and the Palestinian people will be held today in Eyre Square at 6pm.

The vigil was organised following the horror show which took place at the Gaza border yesterday.

Over fifty people, including eight children, were killed by the Israeli Defence Forces as Palestinians protested on the day that the US Embassy in Israel was moved from the Israeli capital Tel Aviv to Jerusalem.

Yesterday also marked the day which Jews in the region celebrate as Israeli Independence Day.

(Pictures taken at the same time this afternoon) pic.twitter.com/0ySzaGjQC9

One baby died as a result of inhaling tear gas.

A funeral is taking place for an 8-month-old Palestinian baby who died after Israel fired tear gas into Gaza. pic.twitter.com/VRs2ZQBdlI

The vigil today in Eyre Square also coincides with Nakba Day, the Day of the Catastrophe which remembers the great displacement of Palestinians from their homeland after the occupation began in 1948.

.@UNHumanRights condemns the appalling, deadly violence in #Gaza yesterday during which 58 Palestinians were killed and almost 1,360 demonstrators were injured with live ammunition by Israeli security forces. pic.twitter.com/rn1bztRLMS

The vigil was organised by Palestine solidarity groups in the city.