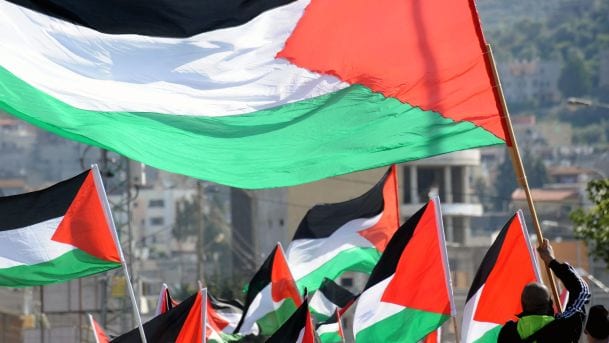 The conflict in Palestine seems to come to the surface every few months.

In May, the Palestinian flag was flown at City Hall, in solidarity with the 1,500 prisoners on hunger strike in the region.

A few months ago, the Israeli Ambassador was prevented from speaking at Trinity College in Dublin by pro-Palestine activists, which attracted both support and criticism.

Joe Loughnane is secretary of the Galway-Palestine Solidarity Campaign. He remembers a time when the roles were reversed – when the Israeli Embassy was interested in silencing societies in NUI Galway.

“When we were in the University, we tried to campaign for the Students’ Union to adopt motions on the Boycott, Divestment, Sanctions (BDS) movement; we did run into some problems with the Israeli Embassy,” Joe Loughnane says. “The Israeli Embassy had people down in the college trying to disrupt our meetings.”

Unsurprisingly, he supports the actions of his fellow activists in TCD.

“I suppose the main message they would push is if we’re going to support the boycott of the Israeli state, then the last thing we need to be doing is giving a platform to the Israeli ambassador. We’ve seen over the last number of years the kinds of outrageous statements he has made about Palestine and about Israel,” he says.

Loughnane, who is now 30, began his pro-Palestinian activism in the Palestine Solidarity Society in NUIG.

“Once I graduated, we formed a branch of the Ireland Palestine Solidarity Campaign in Galway City. We’d have an active group of volunteers who we can call on when the time comes, when there are demonstrations being organised or public meetings,” he says.

There are around forty active members and they work closely with other activist groups.

“The main organisation in Galway would be the Galway Alliance Against War. Through other activities we work with the Galway Anti-Racism Network and student societies in the college like Amnesty and also with small radical left-wing parties.”

With the many ongoing crises in the Middle East, the plight of the Palestinians has taken a back-seat in the media. There are much larger conflicts taking place in the region, and the coverage that was seen during the summer of 2014, when over 2,000 Palestinians in Gaza were killed (and 3,000 children were wounded) by the IDF, hasn’t been seen since.

The Galway-Palestine Solidarity Campaign, however, tries not to respond to the media. Instead, it holds events even when the conflict is not at the top of the news agenda.

“Often one of the main criticisms of Palestine solidarity activity is that they only really do something when there’s some attacks happening in Palestine,” Loughnane says. “So, what we try to do to combat that is to hold events when there’s nothing happening.”

“Obviously, there’s always something happening there, all the time. There’s always people dying or settlements getting built but what we felt was: rather than being dictated to by the news, we could hold cultural events celebrating different aspects of Palestinian life,” he explains.

Holding these events shows that they are not only interested in the Palestinians when Gaza is under siege or when settlements are being built.

“People obviously want to see how people live their lives rather than just seeing them in times of need,” he says.

But why are people here interested in Palestinian life? Joe Loughnane feels that the Irish are generally more sympathetic to the Palestinian cause than other nationalities. “I suppose it links back to the fact that the Palestinian struggle has always been linked to the struggle up north,” he says. “If people can see past the religious divide, you do see that it is just a land issue.”

He proudly mentions that Kinvara, in south Galway, was the first town in Ireland to support the boycott of Israel. The port-village’s business community agreed to boycott Israeli goods in 2014 and Loughnane says that there is a clear mandate amongst Galway people which comes from a knowledge and awareness of struggles in Ireland.

Our struggles have been largely resolved, but in Gaza and the West Bank, there are still huge problems. “The main issue in in Palestine,” he says, “is the building of illegal settlements by the Israeli state. There is not a day that goes by in Palestine where somebody isn’t shot or arrested or something awful or atrocious happening to them.”

“And that’s why the Palestine Solidarity Campaign is never really dormant. We are always kind of there, in the background, waiting to mobilise people in support of the Palestinians,” he adds.