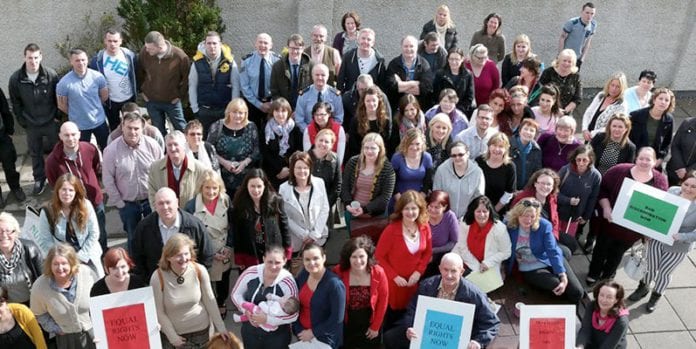 The Galway Traveller Movement is seeking to renew efforts to build bridges with the wider community as it tackles questions about hate crime and ethnic status that have come to prominence lately.

As part of this bridge-building initiative the GTM intends to tackle issues like long awaited updates to Ireland’s hate crime legislation, and getting legal support for ethnic status for the Travelling community.

The Movement will also be asking people at a local and national level about the experiences with Traveller culture.

According to the Irish Times GTM deputy-coordinator Bridget Kelly said the group was working with other NGOs including the Irish Traveller Movement to lobby for a legal backing to ethnic status given by Enda Kenny when he was Taoiseach.

One step taken that the organisation would like to see emulated throughout government is a decision made by Education Minister Richard Bruton last September to recognise Traveller culture and history in the curriculum for primary and secondary schools.

The issue of the ethic status of Ireland’s travelling community came back into the public eye recently with remarks made by Presidential candidate Peter Casey during the campaign.

Mr Casey, who came second in the race with 23% of the vote, raised controversy during the race when denied that Travellers were an ethnic group.

Annie McDonagh of the Galway Traveller Movement said that members of the community weren’t surprised by Mr Casey’s comments, or the reaction they attracted.

In Galway West showed some of the highest levels of support for Mr Casey out of Ireland’s districts, where he won 33% of the vote.

According to Mrs McDonagh, this was the reason why so many in the Travelling Community came out to vote for Michael D. Higgins.

She said that it’s important that there is an appropriate law against hate crime that protects, not just the Traveller community, but people of all minorities, disabilities, and migrants.

In 2000, then Justice Minister John O’Donghue promised that the 1989 Prohibition of Incitement to Hatred Act would be reviewed, and this is still awaiting.

In the end, Mrs McDonagh said, there’s good and bad in the Traveller and Settled communities, “but we have to talk to each other.”