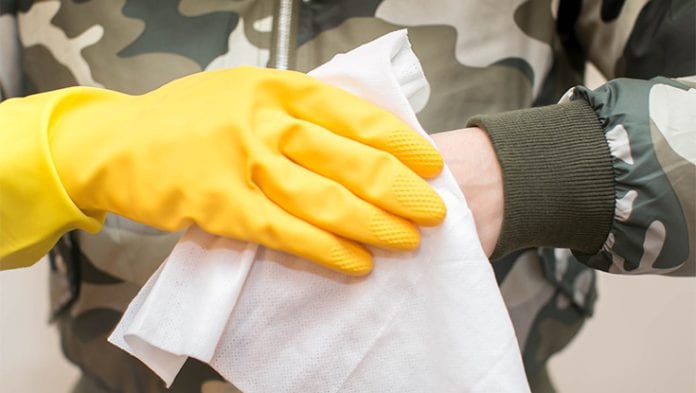 A Galway based medical startup is developing new medical masks and wipes which could capture and trap viruses without using toxic chemicals.

Aquila Bioscience is a startup company based out of NUIG, which has been developing a chemical free way to remove  bacteria, viruses, fungi and biological toxins from surfaces.

The wipes have been under development for almost two years with the specific aim of not only removing pathogens from surfaces but also ‘trapping’ them within the material so prevent them spreading and so help effective disposal.

In addition, the solution is non-toxic so can be used on human skin, mucosal surfaces and wounds. It has already achieved good results against multiple pathogens in laboratory settings.facebook,

Professor Lokesh Joshi, co-founder and director of Aquila Bioscience described their product as being like “living velcro” operating at a nanoscale.

He explained that all interactions between cells are governed by relationships between carbohydrates and proteins.

Their solution works by infusing the masks and wipes with specific carbohydrates and proteins that cause pathogens to stick, and bind, to them.

This is similar to ways in which nature has already been protecting humans from infectious diseases for millions of years he said.

“There is an ingenious manner by which nature protects us from infectious microbes and most biological toxins which have carbohydrates and proteins on their surfaces.

“In nature, humans and animals produce, milk, urine and saliva/mucus full of specific proteins and carbohydrates that bind to the pathogens to protect us from most of the pathogens we encounter on a daily basis.”

The development of this technology was funded by the European Defence Agency and was conducted in collaboration with the Irish Defence Forces and the Czech University of Defence.

One of the initial goals of the project was to develop a solution which could help the Defence Forces be prepared for any biological threats they might encounter.

The key difference between the wipes being developed by Aquila and existing solutions is that they do not use artificial chemicals such as bleach, calcium hypochlorite and hydrogen peroxide.

These are efficient in destroying harmful bacteria, viruses, and other biological agents, but can also be toxic to human beings.

They are also composed of biodegradable materials in contrast to the damaging environmental impact of chemically based solutions and the major problems caused by non-recyclable wipes in the environment.