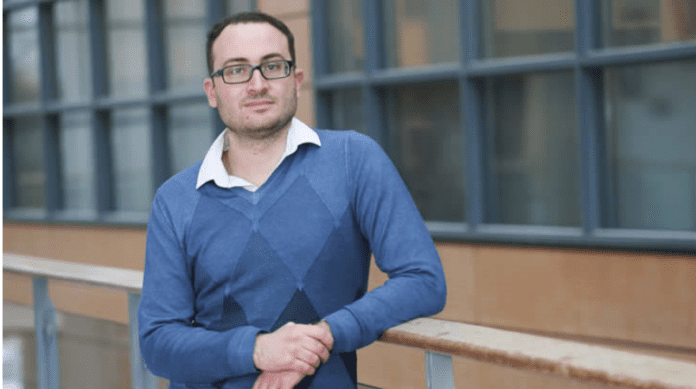 An NUI Galway researcher has received funding for a Collaborative Research Fellowship in Italy for the LINCS (Language Interaction and New Communities in a Multilingual Society) project, which will look at language, the migrant experience, and cultural identity.

Italy is centrally involved in addressing people moving into Europe from their home countries.

This difficult, contentious and often emotional process will be at the heart of the research.

It will investigate not only the language experience of migrants in Europe such as language learning, translation and interpreting, but also the visibility and invisibility of their experience across cultural and geographical borders.

The project will be developed at NUI Galway by Dr Andrea Ciribuco, a postdoctoral fellow under the mentorship of Dr Anne O’Connor from the School of Languages, Literatures and Cultures.

Dr Ciribuco and Dr O’Connor also collaborated on the recent Irish Research Council-funded, New Foundations project entitled, ‘My Story-My Words: Language and Migration’, which looked at the linguistic landscape in Ireland in 2017, using the words of migrants to describe their experiences in a changing and multilingual context.

As part of the LINCS project, Dr Ciribuco will spend two of the three years of his fellowship in the field in Italy, working with Italian Non-Government Organisation (NGO) Tamat, which is active since 1995 supporting sustainable development, social enterprise, food security, gender empowerment and global citizenship.

The aim of the project is to achieve a better understanding of the links between language, cultural background, and how individuals present themselves in a new culture.

This knowledge will be used to inform and promote language practices and policies that will ultimately result in more inclusive societies.

Dr Ciribuco will meet with NGOs, institutions, cultural associations and migrant artists, exploring from different perspectives questions such as; how much is a person’s cultural identity shaped by the languages that he or she speaks?

How do migrants adapt to communicate their identity in a new country? What is lost in translation? What place does art and literature occupy in intercultural dialogue?

In the third and final year of the project, Dr Ciribuco will return to NUI Galway, where the knowledge acquired from his two years of field work in Italy will be used to create collaborations and exchanges of knowledge with Irish organisations.

The project will be of particular interest to NGOs, local and European institutions as well as scholars, while creating awareness of the ways in which we can remove linguistic obstacles to communication in a multicultural, multilingual Europe.

This is the first time NUI Galway has been awarded a Marie Skłodowska-Curie Actions COFUND Collaborative Research Fellowship for a Responsive and Innovative Europe (CAROLINE) with the Irish Research Council.