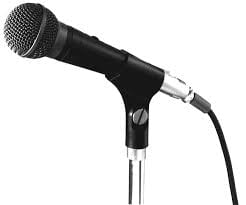 Tickets are selling fast for a comedy event set to take place next weekend featuring Farmer Michael and Kathleen.

The Comedy Night which will have Farmer Michael and Kathleen star as the main guests is due to take place in The Loft – Bar Seven, Bridge Street Galway @8pm on April 14th, Saturday next.

The event is being organised for HOPE D (Helping Other People Escape Depression) a charity organisation that is based in Newbridge Co. Kildare.

The HOPE D charity based in Co. Kildare, has been set up in order to help people and there families suffering from depression and suicide bereavement.

The tickets for the night, are quickly selling out but currently they can still be purchased from 37 Cafe West Newcastle, 56 Central Shop Street and possibly at the Loft on the night.

Tickets will cost €20 and all proceeds raised will be in aid of HOPE-D.

A great night full of laughs is promised and the event will be followed by a DJ and a Late Bar.

For all other queries relating to the event you can contact Sean Ó Bheaglaoich at seanbegleycomedy@outlook.com