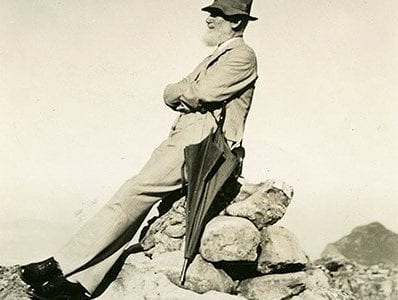 Galway professors and lecturers will join Irish Times columnist Fintan O’Toole at an exhibition on George Bernard Shaw in New York next week.

The Judging Shaw Day, featuring a roundtable discussion entitled, ‘Shaw, Our Contemporary?’, a keynote lecture by Fintan O’Toole and a Judging Shaw Exhibition, will take place next Monday, 16 April at Columbia University in New York.

George Bernard Shaw was the most famous Irishman in the world for much of his life – yet, for many, the prodigious nature and quality of his output is forgotten.

As well as being a prolific writer and polymath, he was one of the first global celebrities who carefully created and managed his personal brand of ‘GBS’.

With his passionate interest in social justice and poverty, in human rights, in public discourse and in entertainment, he was a man with much to say to our times.

This event will include discussion with academics, archivists and a publisher who will debate the relevance of Shaw today, on the stage, in the classroom and in print.

Fintan O’Toole will explore Shaw’s ambivalent relationship with Ireland and Irish nationalism. George Bernard Shaw described Irish nationalist fervour in 1913 as “a burning fire shut up in the bones, a pain, a protest against shame and defeat, a morbid condition which a healthy man must shake off if he is to keep sane”.

The only cure was national independence. Shaw always remained a paradoxical nationalist, arguing simultaneously that Irish freedom would do no good in itself and that it must be gained in order for the Irish to be able to think about other things.

Author of a new book, Judging Shaw, Fintan O’Toole is a columnist and literary editor with The Irish Times and a Leonard L. Milberg lecturer in Irish Letters at Princeton University. He has written books on Irish history, politics, society and culture. He has been awarded the European Press Prize 2017 and the Orwell Prize for Journalism 2017.

Professor Daniel Carey, Director of the Moore Institute at NUI Galway, said: “Shaw continues to intrigue, decades after the end of his long life. He still speaks to us, partly as a figure intent on social justice in his plays and criticism, by turns knowing and naïve, yet fully engaged in a world of contested relationships and political conflict.”