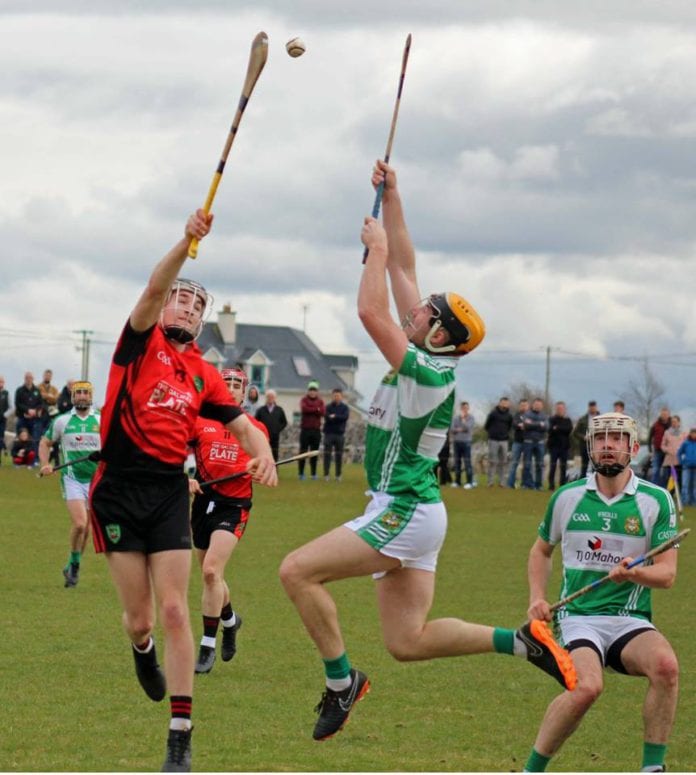 Liam Mellows and St. Thomas justified their favourites tags with wins in the opening round of the senior hurling championship over the weekend while Castlegar and Tommy Larkins couldn’t be separated.

Defending champions Liam Mellows pulled clear in the second half to run out 0-17 to 0-11 winners over Craughwell in Kenny Park on Sunday. (Click Here For Match Report)

Niall Healy converted seven Craughwell points and came close with two late goal chances only for Kenneth Walsh and David Collins to make the necessary blocks to ensure the city side continued their impressive run.

St. Thomas were in Kenny Park on Saturday and they kicked off the group with a 1-17 to 0-14 win over Kilnadeema/Leitrim.

There was little between the teams with Kilnadeema/Leitrim, promoted from Senior B, holding their own and the teams were level at 0-8 each at half-time.

However, a 31st minute goal from Anthony Kelly gave St. Thomas a four-point margin and they pushed on from there to run out six-point winners in the end.

There was a winning start yesterday for another Pearses man – Kevin Lally, Manager of St Thomas's. They defeated Kilnadeema-Leitrim. pic.twitter.com/5jLXvxc8vD

And in Kinvara on Sunday afternoon, Castlegar and Tommy Larkins couldn’t be separated.

The game finished Castlegar 1-14 Tommy Larkins 0-17 after the Woodford/Ballinakill team lead for much of the contest and held a 0-9 to 0-5 lead early in the second half.

But a goal for the city side put them back in contention and neither team gave an inch in the closing stages as they ended up finishing deadlocked and took one point each.