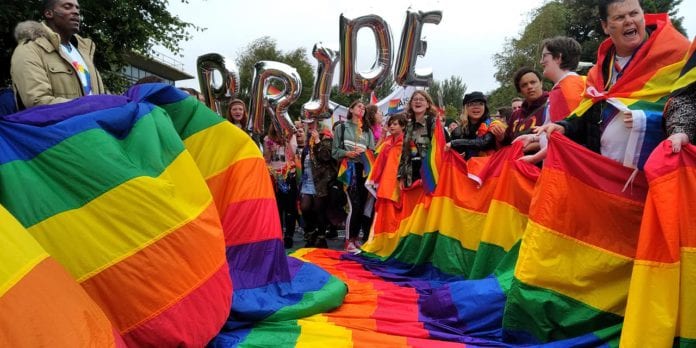 The 2020 Galway Pride Festival which was to take place this August has been postponed due to the Covid-19 pandemic, with the festival organisers hoping to put something on at a later date.

The 2020 Galway Pride Festival was due to run from August 10 to 16 of this year, but like other large events which were to go ahead this summer, the ongoing ban on mass gatherings has made that impossible.

In a statement released today, Galway Community Pride said that they have made the “hard decision” to postpone the festival in light of the government’s announcement, and HSE guidelines.

The cornerstone of the annual pride week is the parade through Galway City on the second last day of the festival.

Last year saw the celebration of the festival’s 30th anniversary, with nearly 2,000 people marching through the city in the parade, and thousands more lining the streets to watch it pass.

Chairperson Aoibhin Keighron said they were looking forward to Pride 2020, “but the health and safety of the community is our number one priority right now,” she added, thanking supporters for their understanding.

“Please keep a lookout on our social media pages for updates on the future of pride as we work with the necessary people to work on setting a new date”.

Aoibhin finished by thanking the frontline staff who have been taking care of the country during this pandemic, and adding “we look forward to when we can all meet again and come together to celebrate Pride again in Galway.”

Galway City Councillor Owen Hanley said that it’s disappointing that 2020 won’t see the pride parade that “the community deserves”, but that hopefully there will be better news soon.

So disappointed that we won't be able to put on the Galway Pride Parade 2020 that we were planning and that the community deserves. Hopefully we'll have some better news soon 🏳️‍🌈 pic.twitter.com/tWnxJaC9cW

The full statement from Chairperson Aoibhin Keighron on behalf of the committee can be read below. 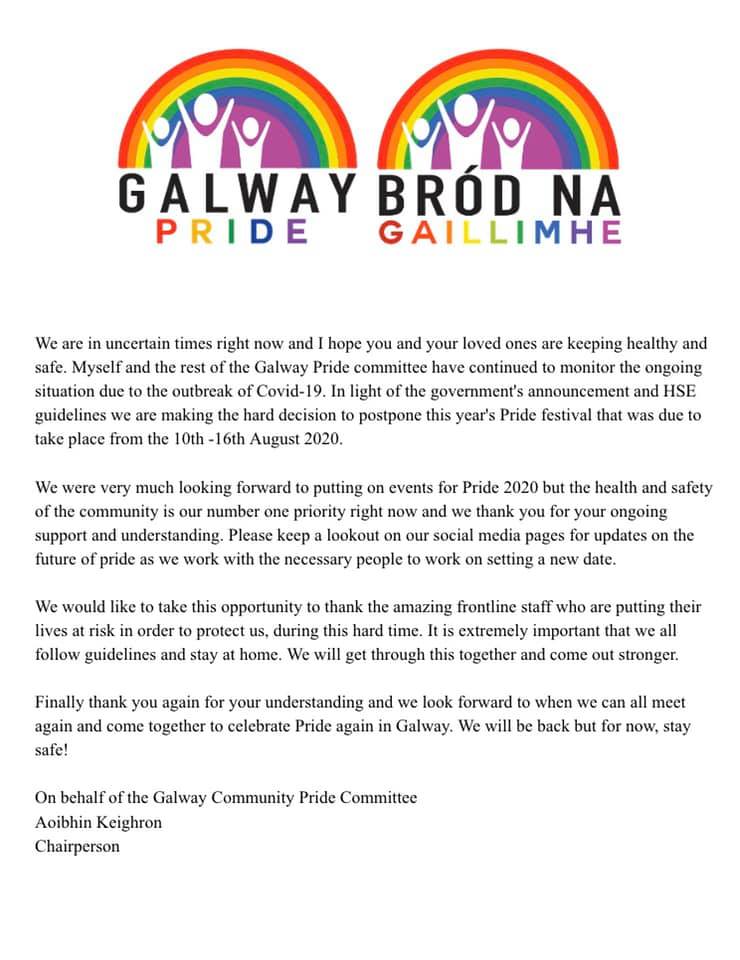