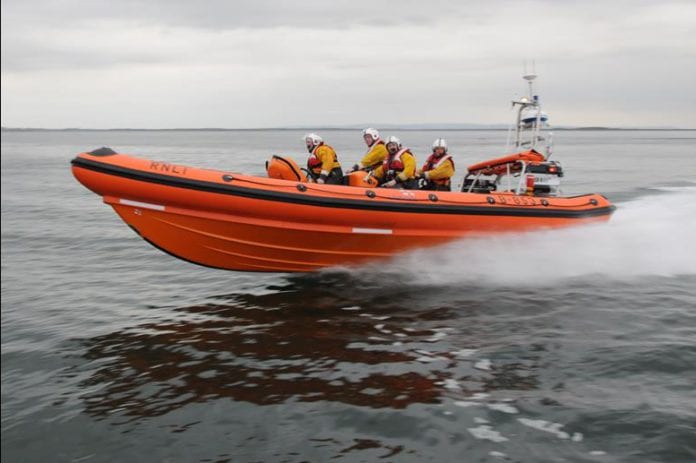 The Galway Lifeboat was called out to rescue a man and his yacht which got into difficulty on Galway Bay this morning due to broken mast.

The yacht was sailing from Barna to Ballyvaughan on Monday morning when his forestay broke and and the mast crashed onto the deck of the yacht.

The lone man was able to contact the Coast Guard for help, and they made a request for assistance from the Galway RNLI Station shortly before 9:30am.

The lifeboat launched within minutes, and located the yacht off Furbo, where they took the beleaguered sailor aboard and towed the yacht to Spiddal.

Galway Lifeboat Deputy Launch Authority Shane Folan said that the rescue was not without its difficulties.

“There was a southwest wind 4 to 5 and an one and a half to two metres sea swell, but thankfully we got the vessel safely to Spiddal.