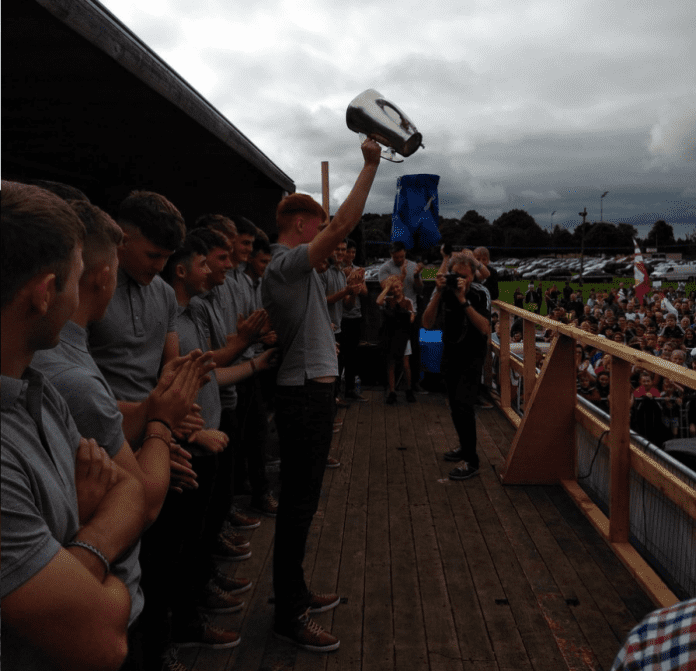 The Galway hurlers have arrived at Ballinasloe after the All-Ireland finals yesterday for a civic reception and a chance for the minors to show off the Irish Press Cup.

The minor and senior hurling teams have arrived at Ballinasloe in the past few minutes to be greeted by Cathaoirleach Seán Ó Tuarisig and crowds of Galway fans eager to show their support.

Our champions the Minor Team have arrived with the Irish Press Cup #gaillimhabú #GalwayHurlers pic.twitter.com/6UlcCI05Av

Man of the match Shane Jennings lifted the cup at the Fairgreen for fans to see.

The seniors fought hard to hold on to the Liam McCarthy, losing to Limerick by a single point after extra time, and they’re being welcomed home after a well played season.

Limerick won a much lauded victory yesterday, taking home the title for the first time in 45 years.

There are parking restrictions in the Fairgreen, Ballinsloe this afternoon as both teams greet the crowds.

Later today the Galway hurlers will be moving on to the city, where another reception will be held at Pearse Stadium with Mayor of Galway Niall McNelis at 6:30pm.

The city council and Galway GAA are advising people attending to use public car parks and walk to the stadium, where gates are now open.

The usual match day traffic restrictions are in place.