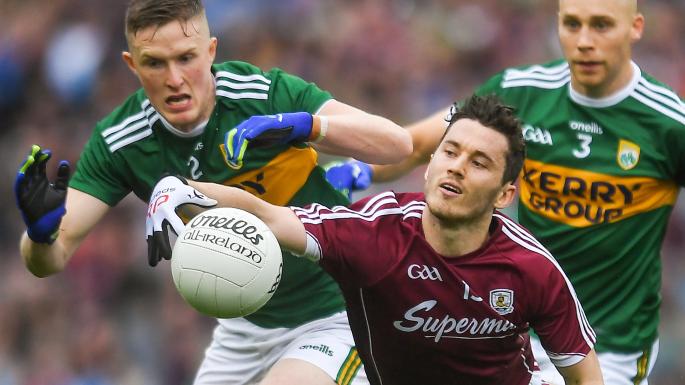 Ian Burke exhibits some skill before finishing off with a lovely score! pic.twitter.com/2Sm1n4eBX7

The All-Ireland Club winner last March made an impact on the inter county scene upon his return to the maroon and white including getting the man of the match in Galway’s Super 8 victory over Kildare.

Burke was a proficient scorer for Galway but he was also noted for his contribution to others, making intelligent decisions to hold up play and pick out team mates in space to secure vital scores in a progressive year for Galway football.

The corner forward topped the final poll with 45% of the vote ahead of Kilkerrin/Clonberne’s Shane Walsh (36%) and Annaghdown pair Damien Comer (16%) and Eoghan Kerin (0%).