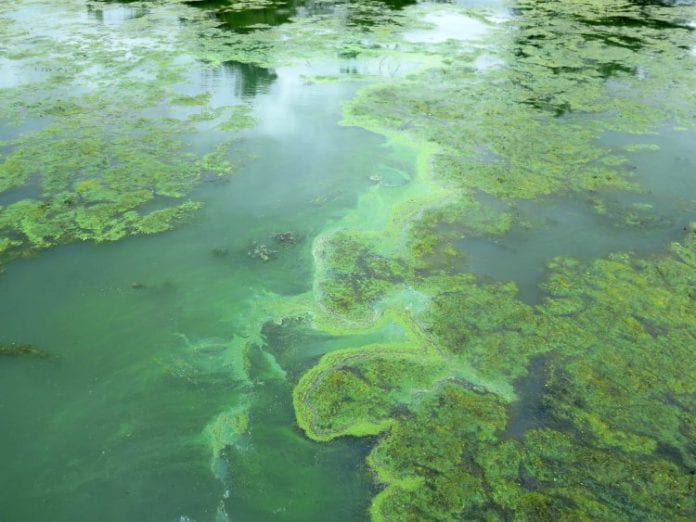 Dog owners in Galway have been warned to be careful to keep their pets safe from toxic algae on Irish waters after the deaths of several dogs that may have been poisoned.

Some varieties of blue-green algae that form on ponds or lakes can be fatal to dogs, and humans exposed to it can suffer from rashes and other illnesses.

Toxic algae can also accumulate or wash up on shorelines, where humans are more likely to be exposed.

TheJournal.ie reports that investigations were carried out after a number of dogs died in the Galway/Mayo region this summer, to see if algae was to blame.

Algal blooms that put animals at risk are more common during calm summer weather, and Galway went through an extended period of no rainfall during the summer.

Autopsies were carried out on several dogs that died, but were unable to determine if it was exposure to toxic algae that harmed them.

The EPA issued a statement with tips on how dog owners should protect their pets of they find algae:

Feed and water your dog before going to a lake to lower the chance that they’ll drink water with algae in it.

If your dog does encounter algae in the water, hose them down to stop them from cleaning themselves and ingesting it.

Toxic algae can be very fast acting, if your pet has been exposed take them to a vet as soon as soon as possible.

Take photos of the algae to present to the vet as that information can be helpful, as well as a description of what your dog was doing.

The EPA emphasises however, that it is not the agency to contact in relation to any animal or public health issue, and that any questions about animal deaths or algal blooms should be addressed to the local authority.