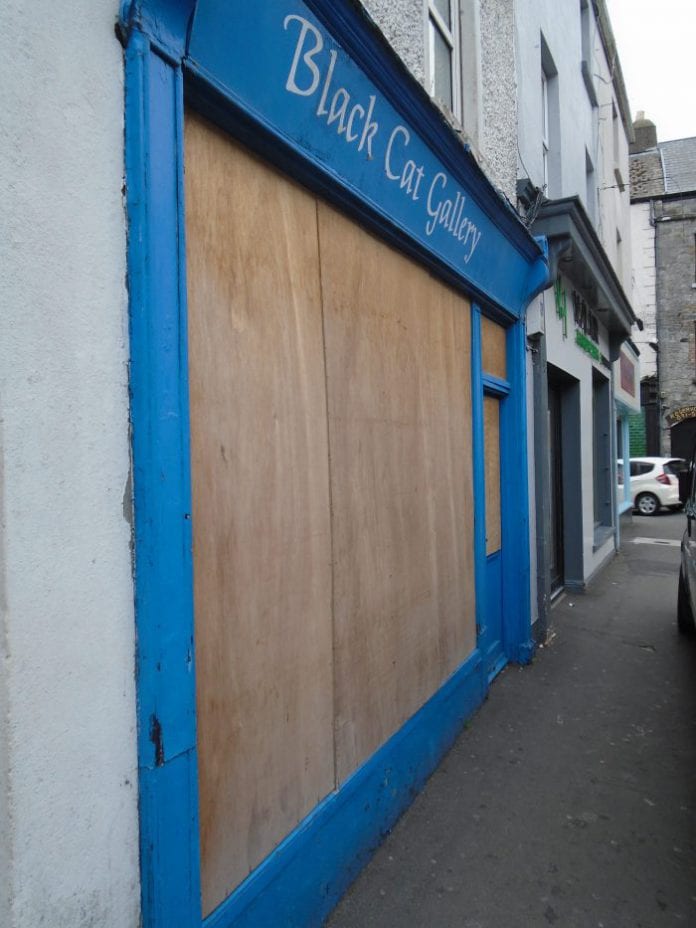 Of the five urban counties in Ireland, Galway was also the only one to see its commercial vacancy rate rise in the past year, with 0.6% more vacant business properties in Q2 2018 than in the same period last year.

This information comes from the latest GeoView Commercial Vacancy Report for the second quarter of 2018.

The number of commercial properties standing empty is highly imbalanced between the East and West of Ireland with Connacht taking all five top spots on the list.

Not a single county in Connacht has a commercial vacancy rate below the national average of 13.1%

Of the five counties that saw the largest rise in the number of vacant commercial buildings in the past year, four of those were also in Connacht:

Westport was the only town in Connacht to actually register a drop in the number of vacant commercial buildings, it was also the only town to come in under the national average.

But of the 12 towns sampled in Connacht, nine saw their vacancy rate rise in the last year, with Ballina having a staggeringly high number of empty commercial buildings, nearly a quarter of all the ones in town.

While three of the five lowest recorded rates in Ireland were in Leinster, with Meath (10.4%) having the lowest vacancy rate, along with Wexford (10.8%) and Westmeath (11%).

This report was compiled by EY-DKM Economic Advisory Consultants using information from the GeoDirectory database of commercial properties and their status.

Speaking about the report’s findings Annette Hughes, Director of EK-DYM, said trends in Galway and Connacht were going frustratingly against the national grain.

“The national commercial vacancy rate has fallen by nearly half a percentage point to June 2018 compared with the corresponding level in June 2017, with over half the counties in Ireland registering a decline.”

“However, the stubbornly high commercial vacancy rates in western counties remain a concern, with Connacht, on average, 4% higher than Leinster.”

There are currently 27,833 vacant commercial properties in Ireland, out of a total stock of 212,243.

Almost half of all commercial units in Ireland are in Dublin where the vacancy rate currently stands at 12.1%, down 1.6% on last year, the largest recorded drop nationwide.

Overall there is a positive trend towards reducing the number of vacant commercial properties, with 14 counties registering a year-on-year decline this year, compared with only two in Q2 2017.

However those gains have yet to reach the west of Ireland in any tangible form.