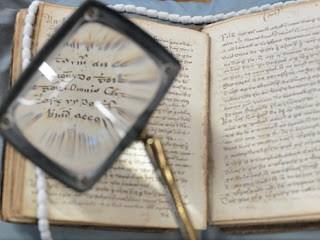 This year marks the 120th anniversary of the first meeting of Galway County Council, and that history is being explored with a new archival exhibition

The passing into law of the Local Government Act, 1898 established the County Council and city council, then called a Corporation.

Galway County Council’s first meeting was held on April 22, 1899 in Tuam, where the council pledged itself to the principals of Home Rule and urged the British government to act on granting Ireland “legislative independence”.

The council also called for a proper provision of Irish language education in national schools.

The Tuam Herald said at the time that the elected council was “a fair representation of property, profession and politics”.

“It contains a landlord, a Unionist Catholic barrister and writer, three solicitors, a college professor and medical doctor, three merchants, an auctioneer, and seventeen or eighteen tenant farmers.

“The 10 chairmen elected by the district councils and the nominated grand jurors with the co-opted men should make and will, we are sure, a very respectable body for Galway as good as any in Ireland we should be inclined to say”.

This anniversary is being celebrated with a new online archive exhibition Sowing a Seed: Archives to Art where the council invited local artists to collaborate with it to foster a sense of cultural identity, celebrate creativity, and to promote its archival collections.

The artists were challenged with bringing the specific archives ‘alive’, and to bridge a gap between the past and present in a contemporary innovative artistic manner, and to create a narrative connecting the piece, person or place identified in the archive to their new artwork.

An exhibition of their work was launched in Tuam Library last October 19, with an accompanying catalogue.