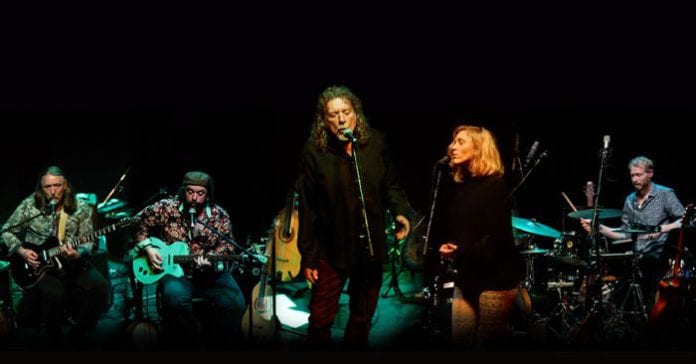 Best known as the lead singer and lyricist for Led Zeppelin, of one of the most enduring bands in rock history, Plant is regarded as one of the greatest vocalists of all time.

Saving Grace performed publicly for the first time earlier this year and since then, the band has performed for small audiences at theatres and festivals around the UK.

In keeping with their commitment to smaller, more intimate performances their show at GIAF will be at St Nicholas’ Church instead of at the Big Top alongside the other major names.

With a sound that’s been described as bluesy and folk-inspired, Saving Grace packs a punch ranging ‘from a whisper to a scream’.

Special guests The 4 of Us will play as the supporting band. The rock band from County Down are best known for chart-topping albums in the late 1980s and early 1990s with songs like ‘Mary’ and ‘She Hits Me’.

This concert will take place on Thursday, July 18 for GIAF 2019, with tickets going on sale this Friday May 3 for €34.50. Ticket sales are limited to a maximum of 4 per person.

The full festival line up will be announced on May 15.